East London, South Africa's only river port, is a gateway to the Sunshine Coast to its south and the Wild Coast to the north. Its tourism offerings are varied, with beaches, culture, history and wildlife heading the list. Outdoor highlights include whale and dolphin watching, birding, hiking, surfing and fishing. 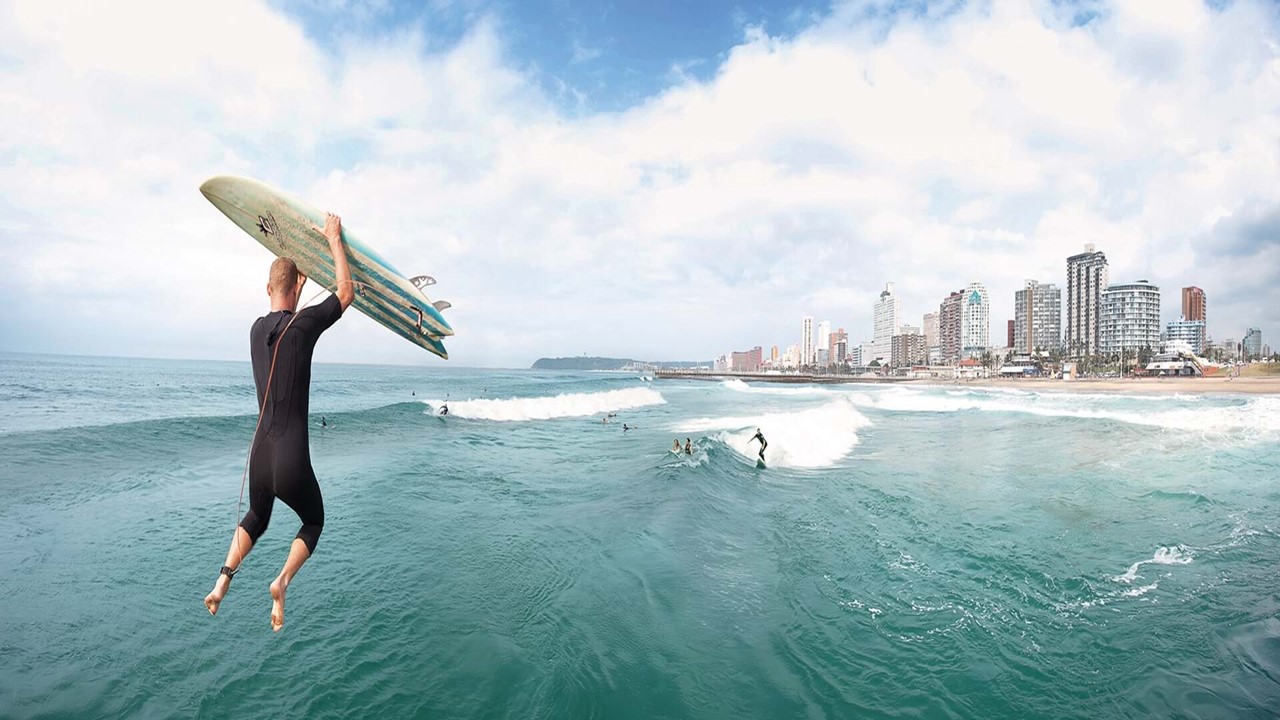 Active adventure
Surfing is synonymous with South Africa, which is not surprising when one considers that They have 2 000km of coastline on which to search for a wave. Add to this mix ideal weather for the greater part of the year, and it’s not surprising that so many talented surfers have emerged from South Africa to take on the world's best.

Pondoland Marine
There aren’t too many coastal zones or estuaries in the world that can be called near-pristine, but the Pondoland Marine Protected Area (MPA) is surely one of them. It conserves a remarkable seascape along the Wild Coast in Eastern Cape province. This is an environment of subtropical reefs housing a teeming array of species, unpolluted estuaries serving as nurseries to young fish, and waterfalls dropping directly into the sea. 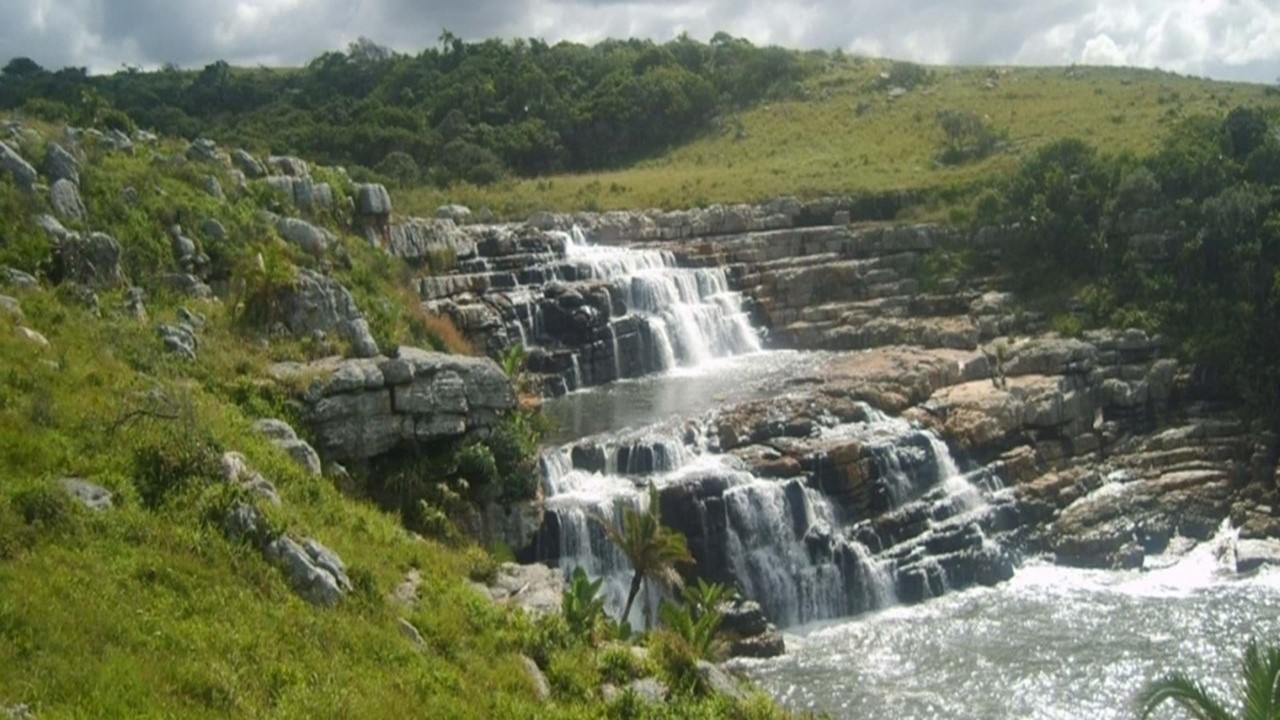 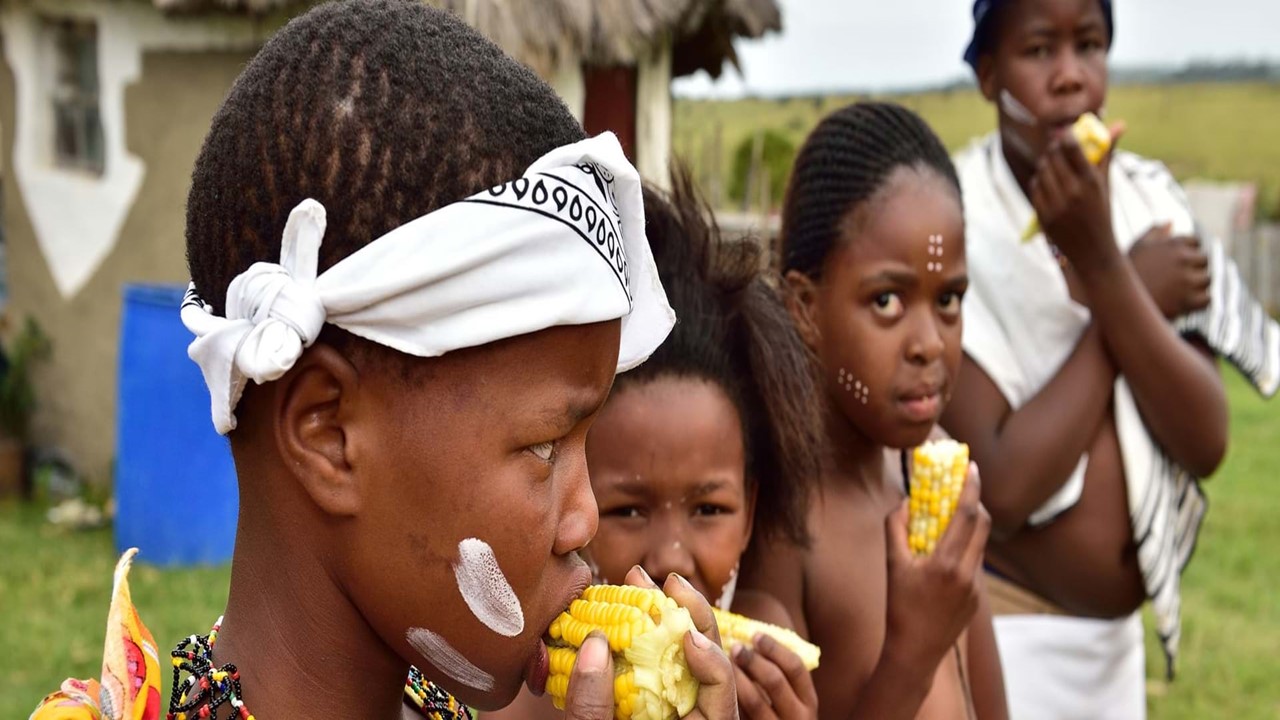 Vibrant culture
Just south of Dutywa off the N2 highway in the rural wilds of Eastern Cape, you’ll find a sign that reads, ‘Icamagu Institute’. The property it directs you to embraces a modest cultural village of a few rondavels, a nursery, a vegetable garden and a herb garden – but the woman behind the project is a veritable force of nature.

Sun-soaked coasts
South Africa's coastline varies from subtropical to desert and offers some of the most spectacular natural beauty and biodiverse environments in the world. The country's coast stretches for nearly 2 800km and visitors can find everything from adventure sports and excitement to natural reserves and tranquillity, with facilities and accommodation to rival the best in the world. 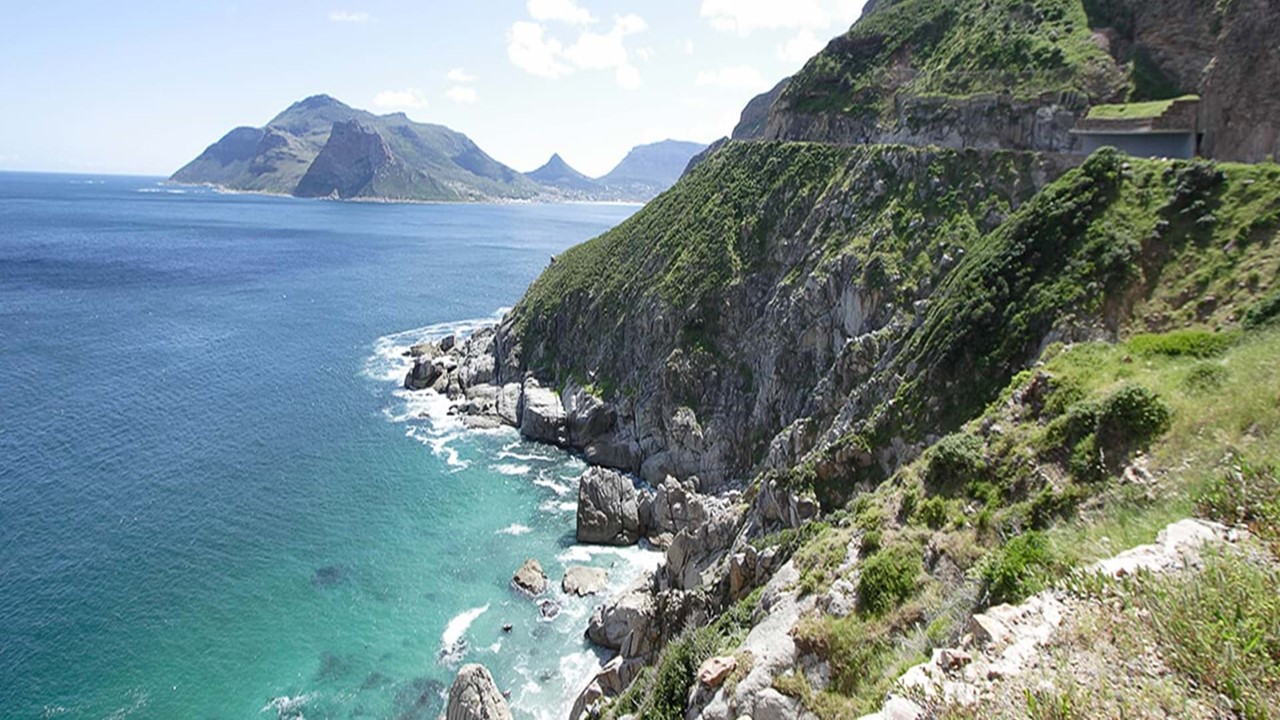 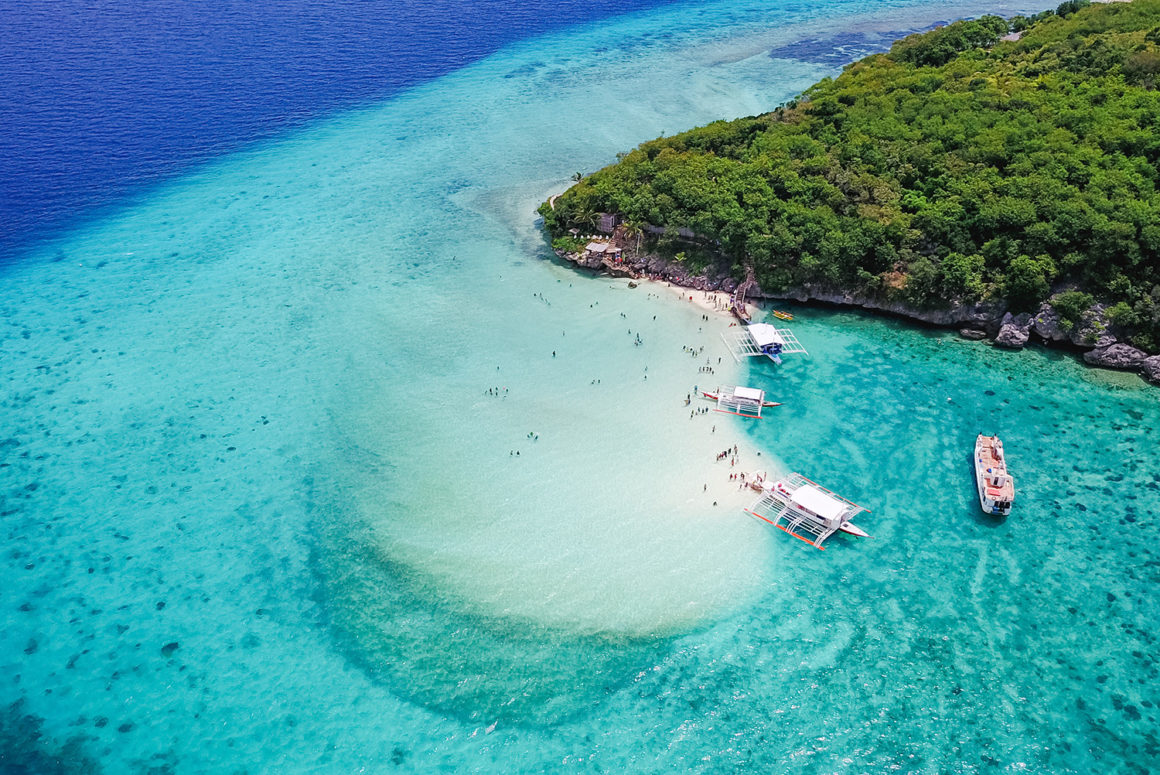 The Queen of the South is a bustling metropolis, boasting luxury resort hotels on Mactan Island and a lively culinary and nightlife scene in neighboring Cebu City. It is also the gateway to the rest of Cebu province (the largest in the Philippines at over 5,000 square kilometers) where you can spend weeks exploring beaches, canyoning, swimming with thresher sharks or exploring centuries-old churches.

Things To See & Do 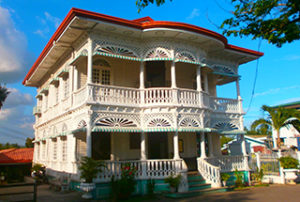 Carcar City
Established in the 16th century, Carcar is one of the oldest towns in Cebu province. A scenic two-hour drive from the airport, Carcar is known for its colonial structures – including the Carcar City Museum. Carcar was declared a Heritage Town in 2002, thanks to efforts by the Carcar Heritage Conservation Society.

Watersports in Moalboal
Just a two-hour drive from the airport, Moalboal is your best choice for a day by the sea. At Hale Manna Coastal Gardens, you can snorkel,  dive or kayak, or just recharge by the swimming pool. 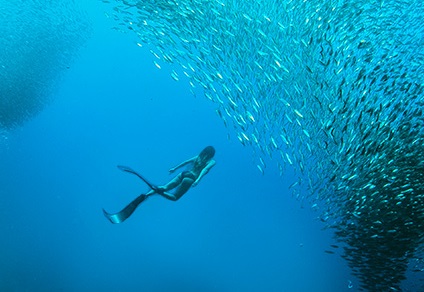 Taboan Public Market
Cebuanos love their dried fish and at Taboan Public Market you can see a wide variety sold by the kilo – all of them would make perfect souvenirs but the danggit (rabbitfish) is the most popular breakfast choice around here.

Where To Dine & Drink

The Pig & Palm
The Pig & Palm has some of the best cocktails in Cebu and is also a good spot for dinner. For drinks, try their Dill or No Dill, Proseccolada and Rum DMC cocktails. 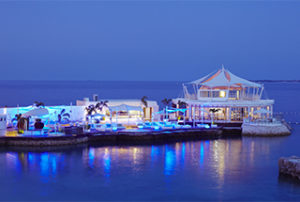 Ibiza Beach Club
Ibiza Beach Club at Mövenpick Hotel Mactan Island Cebu looks like a floating island bar as it juts into the Hilutungan Channel – it’s also the perfect spot to watch the sunset while sipping a cold drink.

Rico's Lechon
The lechon (roasted pig) in Cebu is known for being so succulent that you can eat it without gravy. Rico’s Lechon has branches citywide – and there’s one near the airport. 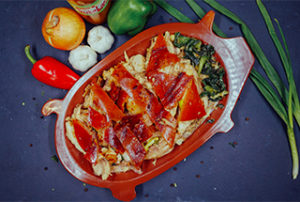 PAL flights schedule from Kuala Lumpur to Cebu via Manila

There are four Hawaiian Islands and each one has its own distinct personality and charm. Some people enjoy the hustle and bustle of Oahu, which offers just about every activity under the sun. Others prefer the quiet solitude and raw beauty of Kauai. For a true Hawaiian experience, you really ought to visit more than one island to get a sense of Hawaii's unique variety.

Oahu Brings the Best of City Life and Country Living
Oahu’s bustling hub with parks, museums, theaters, restaurants, shopping malls, cultural events and indoor and outdoor concerts. Waikiki is a small city in itself; most of the island’s hotels are there, along with bars, boutiques, shows and eateries that’ll satisfy whatever cravings you might have. Ocean activities abound on Waikiki Beach, from canoe paddling with beachboys to sailing on catamarans at sunset. 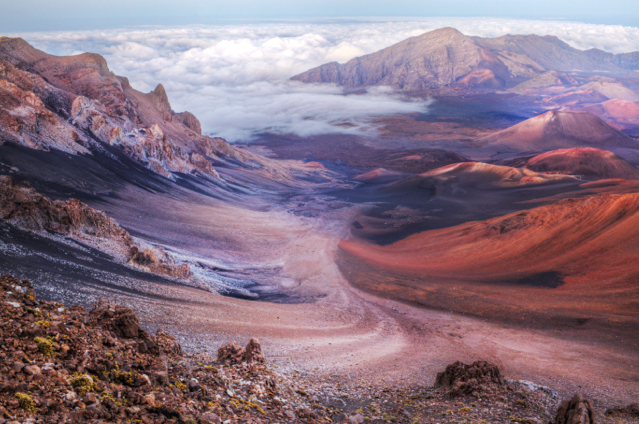 Maui is Considered Heaven on Earth
Those who want a more laid-back vacation but still want to kick-start their day with a latte should consider Maui. The major resort areas of Wailea, Kapalua and Kaanapali provide all the pleasures discriminating travelers demand such as championship golf, fine dining, great shopping, trendy spas and first-class accommodations. From there, you can venture out for strolls through the former whaling port of Lahaina, glorious sunrises or sunsets at the summit of 10,000-foot Haleakala Volcano

Kauai is Nature at Its Finest
Kauai is known as the “Garden Island,” and rightly so. Green is everywhere—framing rivers and waterfalls; casting broad strokes across valleys, cliffs, mountains, meadows, farmland and taro patches; and coloring its many gardens, Na Aina Kai, Smith’s Tropical Paradise, Princeville Botanical Gardens and the National Tropical Botanical Garden’s Allerton, McBryde and Limahuli being the most notable. 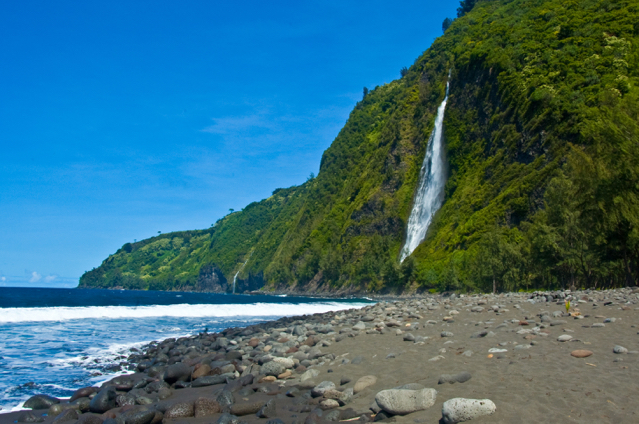 Molokai and Lanai Offer a Laidback Getaway
Great outdoor adventures beckon. Among Molokai’s highlights are Halawa Valley, Kamakou Preserve, Moomomi Preserve, Molokai Forest Reserve and Kalaupapa (now a National Historical Park), where people stricken with Hansen’s disease (leprosy) were once banished beginning in 1866. The only hotel on the island is modest Hotel Molokai. Comfortable, convenient, affordable, eco-friendly and sometimes just downright wonderful, the train is the obvious choice for anyone who wants to immerse themselves in the sights and sounds of Europe this summer. 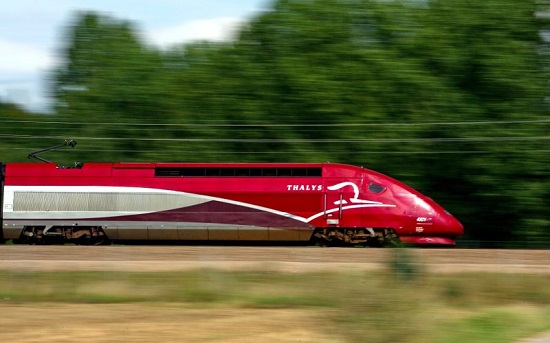 Three countries, three cultural hotspots. Just 2 hrs 59 mins from Paris with train operator Thalys, Amsterdam comes alive in the summer, and it's a great city to explore from the water – or by bicycle, for that matter. A boat trip along the city's maze of canal networks is a fine way to keep cool as you pass under picturesque, flower-laden bridges and admire the stately canalside mansions built in the 17th and 18th century by well-to-do merchants. For art lovers, of course, no visit to Amsterdam would be complete without a visit to the Van Gogh museum, or the Rijksmuseum, the national museum of the Netherlands.

Paris
If you're travelling from Amsterdam to Paris by train, the journey takes barely over three hours with train operator Thalys, so there's no excuse not to spend some time in the fabled City of Lights. With its world-famous museums, elegant parks, romantic Hausmannian façades, haute cuisine and designer shopping, there's something for everyone in the French capital.

Milan
From Paris, it’s just over 7 hrs by train to the chic city of Milan, the capital of Italy’s northern Lombardy region and home to “The Last Supper”, Lenoardo da Vinci’s epic masterpiece. Average train fares from Paris to Milan with train operator SVI are 59 euros travelling in Second Class and 69 euros travelling in First Class.
“An anthem sung in stone, a poem wrought in marble…” If Mark Twain’s words of praise for Milan’s cathedral are anything to go by, you may or may not want to make this your first stop while visiting Milan. Keep in mind that the Duomo di Milano is the city’s main attraction, so if you’re planning on going inside, or climbing up to the cathedral roof, make sure you get there early in the day (or book in advance) to avoid the queues. However, it’s well worth the climb up to the terraces for spectacular views of the city and a close-up look at the cathedral’s spires and pinnacles.

If you have time for a day trip, Milan is within easy reach of the mountains and lakes of northern Italy and provides a perfect base for exploring this part of the country. Just one and a half hours out of the city by train you’ll find the crystal-clear waters of Lake Garda, a popular holiday location on the edge of the Dolomites.

Ekaterinburg is the fourth largest city in Russia and the capital of the Urals. It is rapidly expanding and attracting more and more visitors who seek to enjoy its cozy parks, architectural masterpieces, and fascinating museums.

Start your walk on the rather short pedestrian Vainera Street (about 1 km long), the local promenade, which has a multitude of shops, cafes, and amusing sculptures that depict all types of characters: the inventor of the two-wheeled bicycle, Yefim Artamonov, riding his invention, a banker, two lovers, and a street merchant. Following a local custom, tourists gladly rub different parts of the statues for good luck.

Ekaterinburg has many interesting churches and monasteries. The Alexander Nevsky Cathedral at the Novo-Tikhvin Women's Monastery is sure to catch your eye; be sure to visit it. The cathedral has recently been restored, so you can admire the exquisite decoration and the mosaic marble floors. The baroque Church of the Ascension of the Lord, the monumental Church on the Blood, erected on the site of the execution of the Romanov royal family, and the complex of wooden churches of the Ganina Yama Men’s Monastery in the picturesque Ural forest are also worth visiting.

If the weather isn’t that welcoming, there is quite a list of Ekaterinburg museums. The Yeltsin Center is one of the new museums that are definitely worth seeing. Even if you have mixed feelings about the first Russian president and his personality, take the time to stop by, anyway. This place is a movie theater as well as a museum of modern Russian history and an oratory platform for contemporary publicists, public figures, and politicians. Plus, the building’s architecture is impressive.