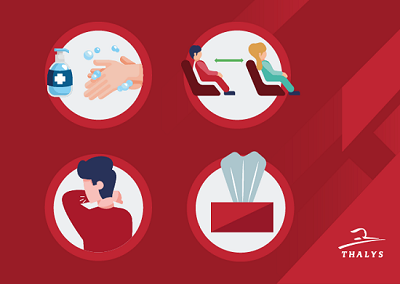 The safety, well-being and health of its customers and employees alike are at the heart of Thalys' concerns.

In this unprecedented crisis and before the gradual resumption of its activities, Thalys decided to take strict health and safety measures. They apply in all its trains, during each journey, for all the destinations served.

“As an international carrier, we have an important responsibility. This is why we have decided, for the gradual resumption of our services, to make three commitments to our customers and our employees:

These commitments are the priority of all of us. » Declared Bertrand Gosselin, CEO of Thalys. 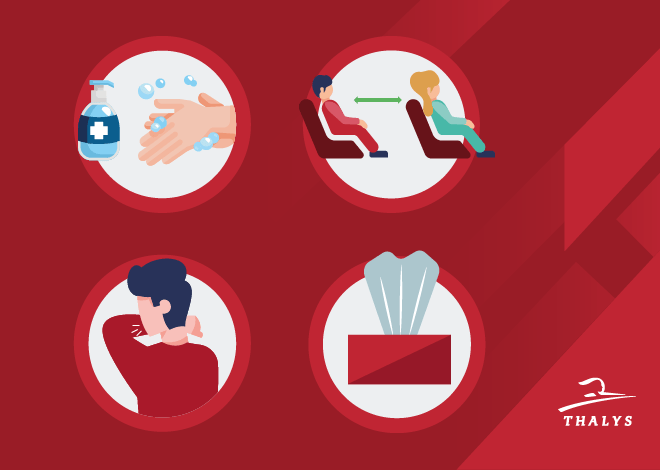 Since May 4, Thalys has imposed the wearing of a mask (“general public” mask) on all travelers who board its trains, on its entire network. Customers who do not wear a mask are not allowed on board.

To protect its customers and employees, Thalys encourages everyone to adopt barrier gestures:

In addition, Thalys provides the necessary items for washing hands in the toilets of its trains. 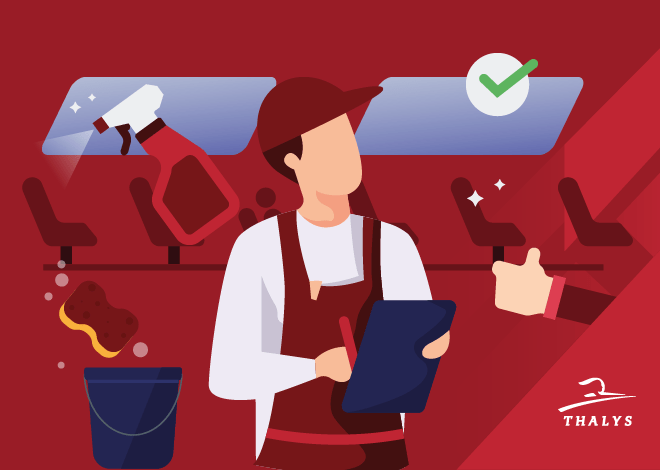 Cleaning reinforced with preventive disinfection on board our trains is carried out each time the train arrives at the station or workshop, i.e. several times a day.

The surfaces treated with preventive disinfection are: 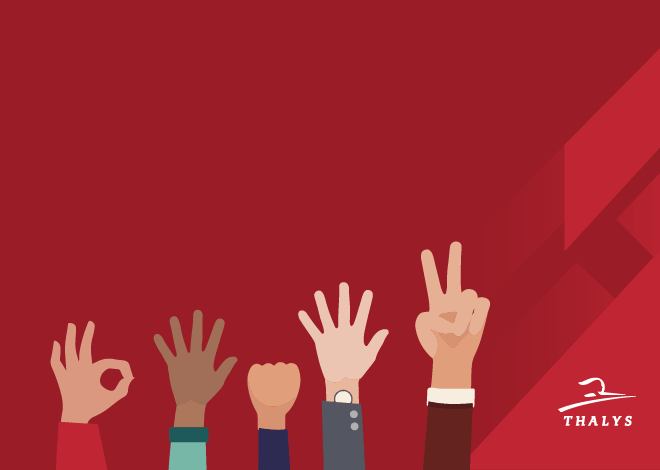 Staff mobilized to support and protect our customers

Since the first days of the Covid-19 crisis, Thalys has raised awareness and trained all its employees in barrier gestures. A health watch for all employees was put in place in March.

For the protection of its employees, Thalys has provided them with masks. On boarding, bollard devices fitted with protective glass were installed. Furthermore, if a customer presents symptoms on board a Thalys, the Train Manager has surgical masks to isolate the customer. The Train Manager is also in close contact with the Company's Operational Center which will coordinate information for the competent health authorities. 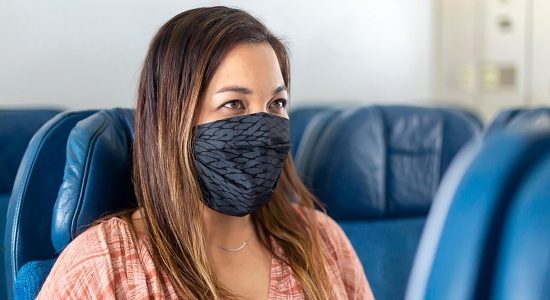 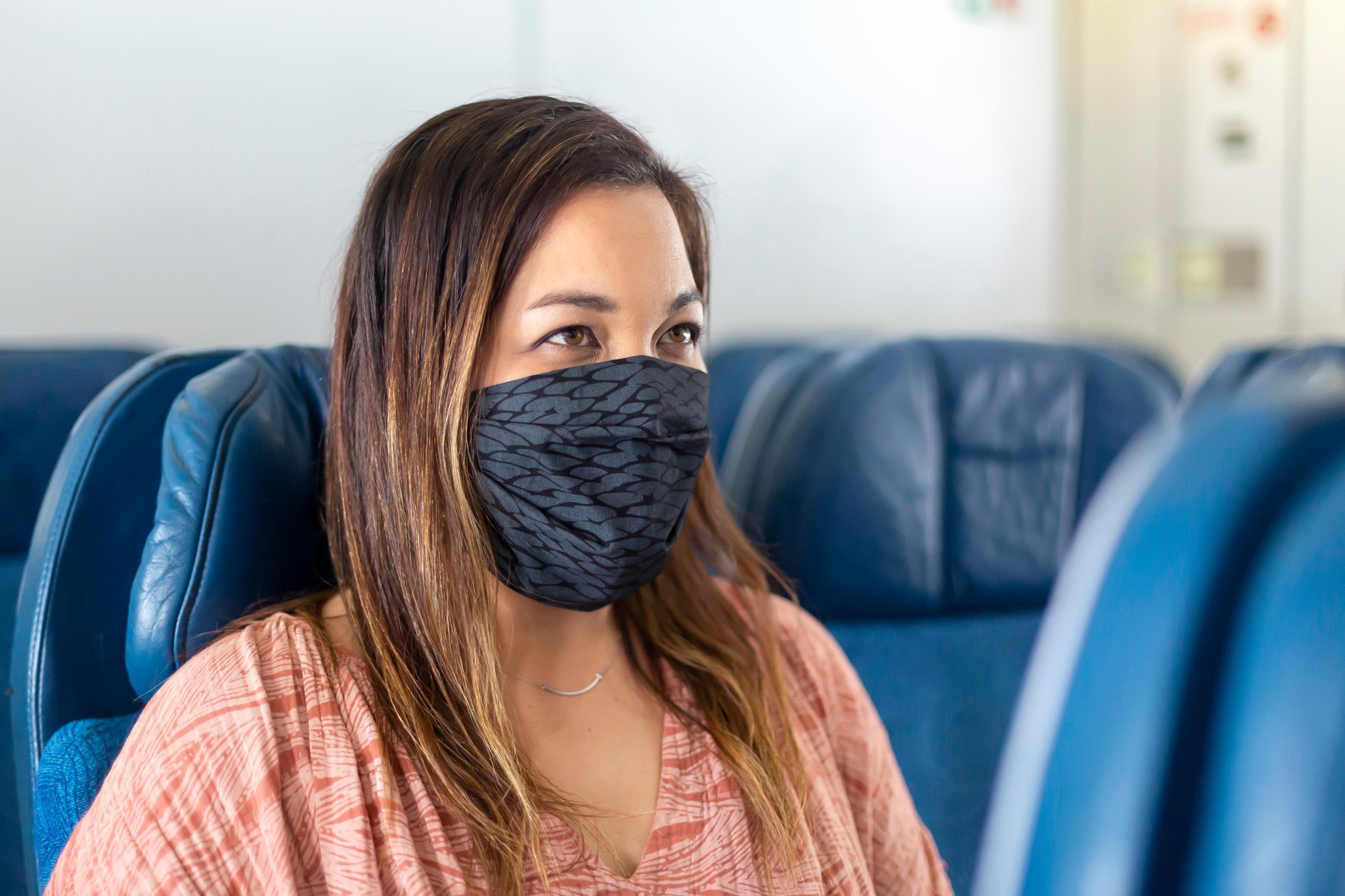 Hawaiian Airlines today enhanced its comprehensive “Keeping You Safe” program for guests and employees by requiring all travelers 2 years of age and older to wear a face mask or covering at the airport and during the flight, disallowing masks made with mesh or sheer material or equipped with valves, and initiating a new health screening for those unable to wear a face mask or covering due to a medical condition or disability.

Hawaiian, whose face mask requirement has been in place since May 8, no longer allows guests wearing mesh or sheer face coverings or valve masks, including exhaust vents of any kind, to board flights following a determination by the U.S. Centers for Disease Control and Prevention that they donʻt effectively block respiratory droplets. A plastic face shield may be worn in addition to a mask, but not in lieu of one.

Additionally, guests unable to wear a face mask or covering due to a medical condition or disability must now undergo a personal medical assessment at the airport to be cleared to board​. Guests requesting an exemption should arrive at the airport early as the assessment may take up to one hour.

“We are adjusting and reinforcing our layered safety protocols to ensure we’re providing the highest level of comfort and protection for our employees and guests,” said Jeff Helfrick, vice president of airport operations at Hawaiian Airlines. “We appreciate everyone’s understanding and cooperation in keeping Hawai‘i a safe destination.”

As part of its “Keeping You Safe” program, Hawaiian last month added a new step to its check-in process requiring guests to complete a health acknowledgment form indicating they are free of COVID-19 symptoms and will wear a face mask or covering for the entirety of their journey. The health and safety program for guests and employees also features enhanced cleaning measures, including frequent disinfecting of lobby areas, kiosks, and ticket counters, electrostatic aircraft cabin spraying, plexiglass barriers at staffed airport counters, and sanitizer wipe distribution to all guests.

The carrier, which has been operating a reduced schedule since March due to the pandemic and travel restrictions, will continue to cap cabin capacity at 70 percent through September to allow for onboard distancing. 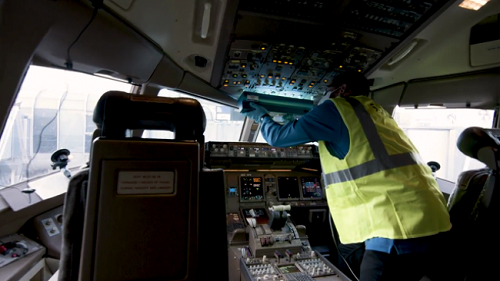 United Airlines is now cleaning pilot flight decks with Ultraviolet C (UVC) lighting technology on most aircraft at its hub airports to disinfect the flight deck interior and continue providing pilots with a sanitary work environment. The airline is using handheld, AUVCo blades from the American Ultraviolet company to kill any viruses that may reside on sensitive switches and touch screen displays within the flight deck.

United has tested a variety of uses for UVC lighting as a disinfectant and consulted with its United CleanPlus partners at the Cleveland Clinic to determine that the flight deck was the most effective use of the technology.

"Safety is our highest priority and we continue to research, test and roll out new technologies to keep our aircraft and terminals safe for both customers and crew," said Bryan Quigley, United's senior vice president of flight operations. "Flight decks have many working parts, screens and components that are challenging to clean with traditional hand wipes and liquids, especially for someone who isn't a pilot. The UVC lighting gives us a faster, more effective disinfection of one of the most important areas of the aircraft."

United currently uses electrostatic spraying to disinfect its aircraft cabins, one of the most effective techniques to clean around harder to reach surfaces, particularly overhead bins and spaces within tray tables. United's use of UVC lighting in the flight deck – along with electrostatic spraying in the cabin – further reflects the airline's approach of matching the right type of technology to the right settings.

This latest enhancement of using UVC lighting technology is another way United is working with its partners at the Cleveland Clinic to guide its policies and procedures on safety and cleanliness.

"United implementing UVC lighting in its flight decks is an important tactic because we know that the virus can be killed by ultraviolet light," said Dr. James Merlino, Chief Clinical Transformation Officer at Cleveland Clinic. "It's one more measure that we can implement to ensure that we're doing all we can to keep passengers, flight attendants and crews safer."

United is focused on delivering a new level of cleanliness on the ground and in the air. In addition to the initiatives mentioned above, several of the airline's precautionary measures to further ensure a cleaner environment include:

Group photo of guests attending the ceremony of affiliation

Organised by the Macao SAR Government and the Organisation of World Heritage Cities (OWHC), the “Ceremony of the Affiliation of Macao Special Administrative Region in the OWHC”was held via video-conferencing in Macao on 7 August. During the ceremony, the OWHC presented the certificate of membership to the Macao SAR, which was represented by the Secretary for Social Affairs and Culture of the Macao SAR Government, Ao Ieong U. Following Suzhou and Dujiangyan City, Macao has now become the third city in China to join the OWHC. Macao’s membership in the OWHC will facilitate access to international information on World Heritage preservation and participation in relevant events learning from one another’s experience with respect to the preservation of world heritage properties, thereby further raising Macao’s international profile as a World Heritage city.

The “Ceremony of the Affiliation of Macao Special Administrative Region in the OWHC” was presided over by the Vice President of the OWHC, Huang Yong. During the ceremony, the President of the OWHC and Mayor of Krakow, Poland, Jacek Majchrowski, delivered a speech through video-conference, in which he said Macao is a rare example of a place where the aesthetic, cultural, architectural and technical influences of East and West have met for several centuries, and that he is very happy to welcome Macao to the OWHC, as a symbol of unity, an example of assimilation and coexistence of Eastern and Western culture. The Secretary for Social Affairs and Culture, Ao Ieong U, expressed her heartfelt positive feelings for having the opportunity to witness the official inclusion of Macao as a member city of the OWHC, adding that the “Historic Centre of Macao” is not only a testimony to the city’s historical development, but also a crucial cultural resource that lays the cultural ground for and nurtures the city’s future advancement, setting the foundations for further strengthening reciprocal exchange and cooperation in the future and to continue to aspire to higher standards for the preservation works of the cultural heritage in Macao. The committee member of the Cultural Heritage Committee, Leong Chong In, spoke at the ceremony that the “Historic Centre of Macao” is the epitome of cultural integration, adding that community awareness of heritage preservation in Macao has grown increasingly stronger over the past years, and, in particular, the younger generation have been proactively engaging in the preservation process, thus enabling heritage preservation to pass on to future generations as a major undertaking. In the ceremony, the Secretary General of the OWHC, Lee Minaidis, announced Macao’s official membership and presented the certificate to the Macao SAR Government.

The Organisation of World Heritage Cities (OWHC) is an international non-profit and non-governmental entity founded on 8 September 1993 in Fez, Morocco, which aims to facilitate the implementation of the Convention Concerning the Protection of the World Cultural and Natural Heritage (hereinafter designated as “World Heritage Convention”), to encourage the exchange of expertise between member cities on matters of cultural heritage preservation and management, and to further motivate cooperation regarding the protection of World Heritage. Since the inscription of the Historic Centre of Macao on the World Heritage List in 2005, the Macao SAR Government has been proactively fulfilling the responsibilities set forth in the World Heritage Convention and strengthening exchange with other cities in regards to World Heritage preservation. This year marks the 15th anniversary of the inscription of the Historic Centre of Macao, and the Cultural Affairs Bureau is hosting a series of celebratory events to promote the concept of “Protecting and Appreciating Our World Heritage Together” among the public. 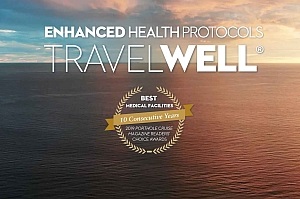 At Holland America Line, our highest priorities are compliance, environmental protection and the health, safety and well-being of our guests, crew and the communities we visit. As a member of Cruise Lines International Association (CLIA), we have pledged our commitment to adopt mandatory core elements of enhanced health protocols as part of a phased-in resumption of cruise operations.

Informed by leading scientists, medical experts, and health authorities, these protocols apply to the entire cruise experience. Our Health and Safety measures will be continuously evaluated and adjusted based on the current state of the COVID-19 pandemic as well as the availability of new prevention, therapeutics and mitigation measures.

*Final protocols and practices will be provided with final documentation when cruising resumes. Specifics may change.