Petropavlovsk-Kamchatsky is the capital of charmingly beautiful Kamchatka. Surrounded by volcanoes, the city is situated on the coast of Avacha Bay of the Pacific Ocean and is the main departure point for all extreme activities: ascents, kayaking and diving. Travelers from all over the world come here to enjoy breathtaking views.

The prime attraction of the city is nature. The discrete beauty of Avacha Bay will move you to your very core. This is a great place for walking and taking pictures. For the sake of gorgeous views of the three famous volcanoes (Koryaksky, Avachinsky and Kozelsky), it is worth ascending to the top of Mishennaya Sopka. Another must-visit place is the Khalaktyrsky Beach with black volcanic sand and a colony of tufted puffins.

The local cuisine is a hymn to the harvest of the Pacific Ocean. Embrace a rare opportunity to enjoy the freshest fish and seafood dishes. The city offers many wonderful restaurants with Asian cuisine suited to every fancy: Japanese, Korean and Chinese.

Aerial Sports
If you've ever dreamed of flying, the Philippines is a great place to realize your dream. Skydiving, ultralight aircraft, and hot-air balloons are ready and waiting for you a few hours outside Manila. The quality of instruction is high, and the safety records are good. From the air, the green land and blue seas of the islands make a spectacular sight. So stop dreaming, head for the Philippines, and take to the sky!

Caving
Some of the most spectacular sceneries in the Philippines lie deep underground. Almost every island has cave sytems, some accessible to the casual tourist, others challenging the skilled spelunker. Beneath the earth lie rivers and waterfalls, narrow passages, and vaulted chambers filled with a surreal array of limestone and crystal formations. Many caves are totally unexplored, presenting the ultimate thrill in adventure travel: the chance to walk where no human has ever been.

Mountain Biking
From the mountains of Baguio to the beaches of Boracay, the Philippines is a perfect place for two-wheeled travel. The fat-tyred bike is a great way to explore remote areas where few vehicles go. There are endless routes available, on roads and on trails, from easy day rides to grueling week-long mountain adventures. Biking is a rapidly growing sport here: clubs of dedicated mountain bikers are springing up in many popular areas, and competitions are common. The local bikers are friendly and accommodating, and always willing to share information and rides along their favorite routes.

Sea Kayaking
Sea kayaking is a new sport in the Philippines, but with 7,107 islands offering every conceivable variety of tropical seascape, it is one that is sure to expand quickly. The islands offer thousands of kilometers of superb paddling on crystal-clear water, taking in exotic villages, pristine beaches, coral reefs, and mangrove swamps along the way. The kayak, silent and unobtrusive, is the perfect way to explore these delicate ecosystems without disturbing wildlife or the peace of nature. For those seeking more extreme hills, the rugged east coast provides monster waves and fine rough-water kayaking.

Surfing
The Philippines offers surf for all levels. La Union on the northwest coast of Luzon, four hours north of Manila, is easy to get to, has good accommodation and food, and offers gentle beach breaks perfect for beginners. Baler and Infanta in Quezon, and Daet in Camarines Norte offer a more adventurous experience, with longer travel and bigger waves. For surfers seeking the extreme edge, the wild east coast is the place to be. 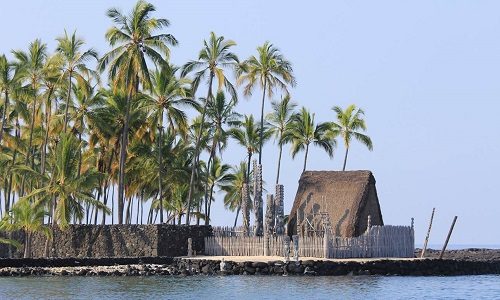 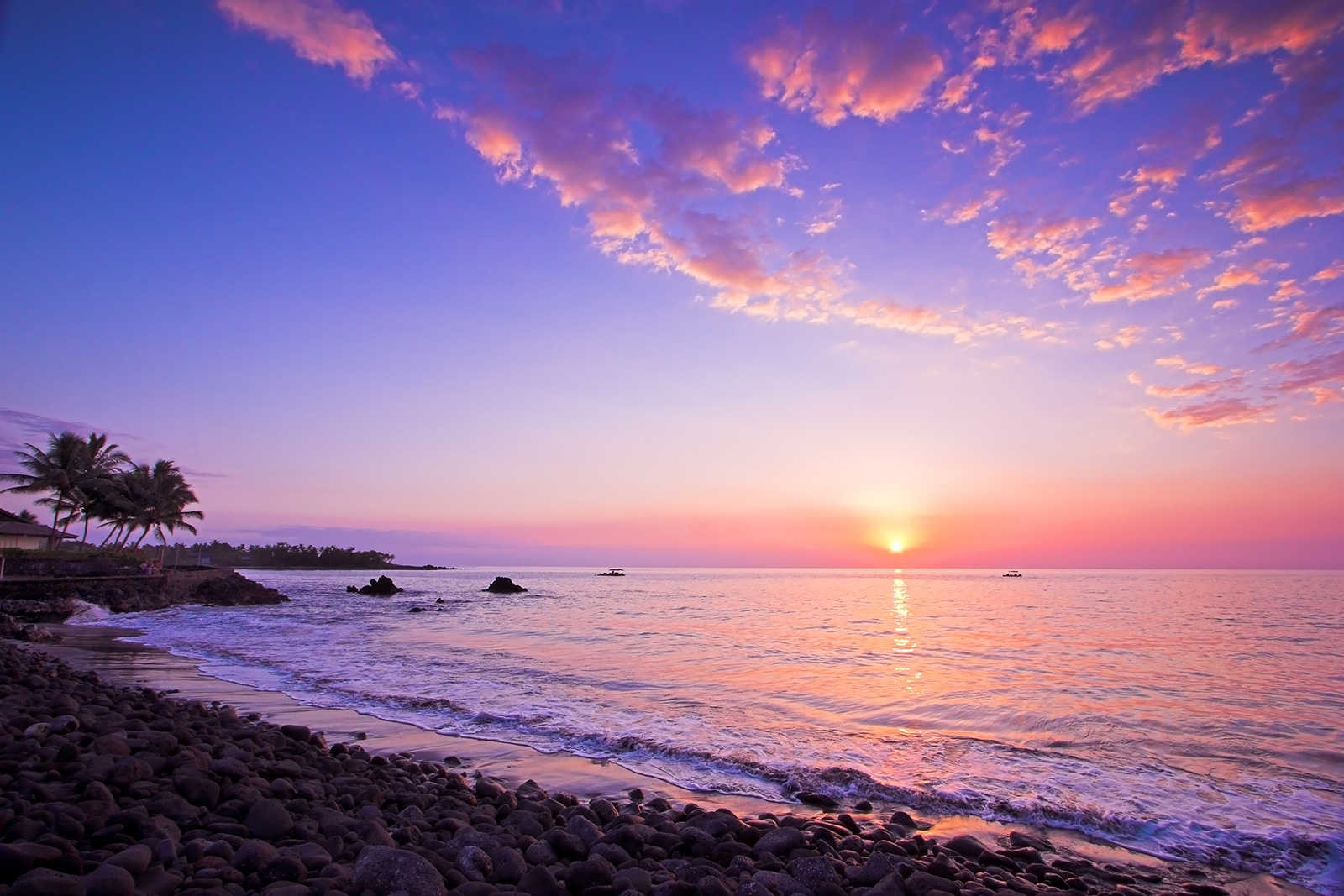 Hawaii Island Places
The largest of all the islands, Hawaii Island continues to grow in size as lava flows into the sea. Beyond the volcano, there's so much to experience here and luxury resorts to eco-adventures. 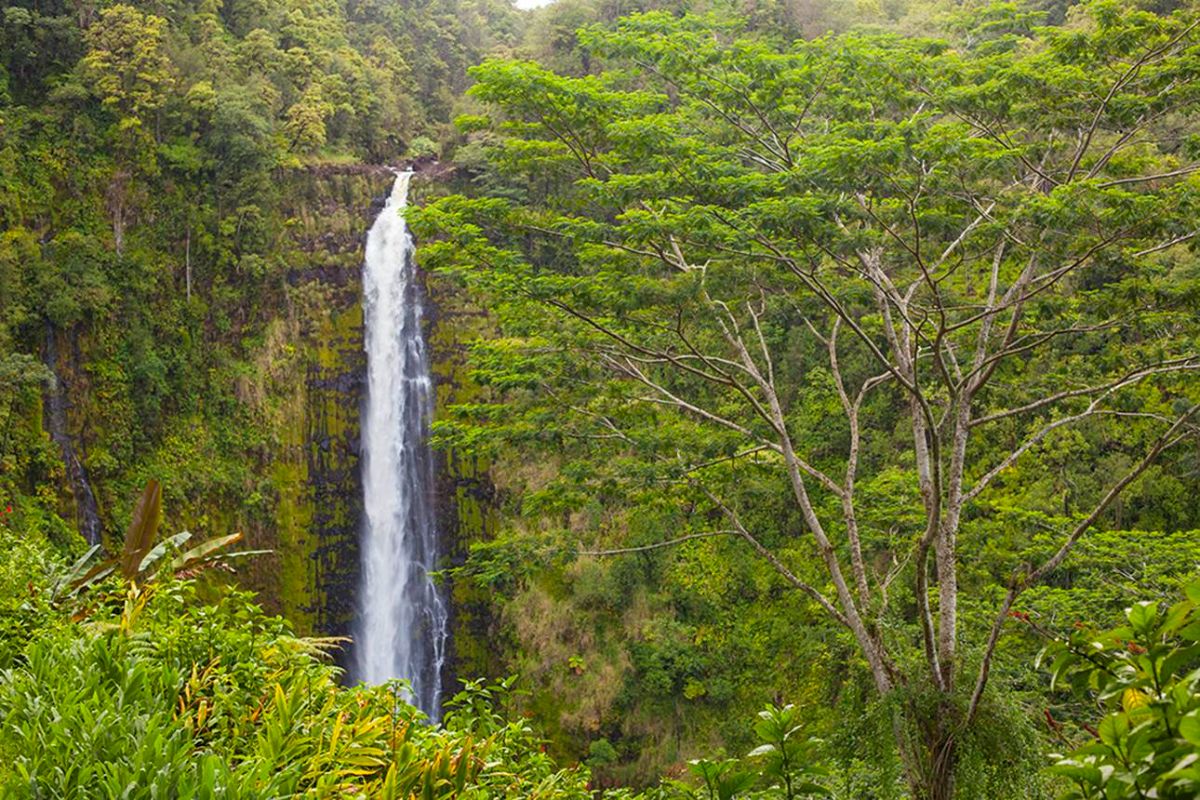 Akaka Falls
The half-mile hike features both a paved path as well as an off-road trail and begins closer to the Hawai‘i Volcanoes National Park entrance. This route is laden with cinders from the 60-plus year old eruption that is just beginning to show new signs of life as grass and shrubs take root and flourish amid harsh conditions – one should be prepared for anything from blazing heat to torrential downpours. 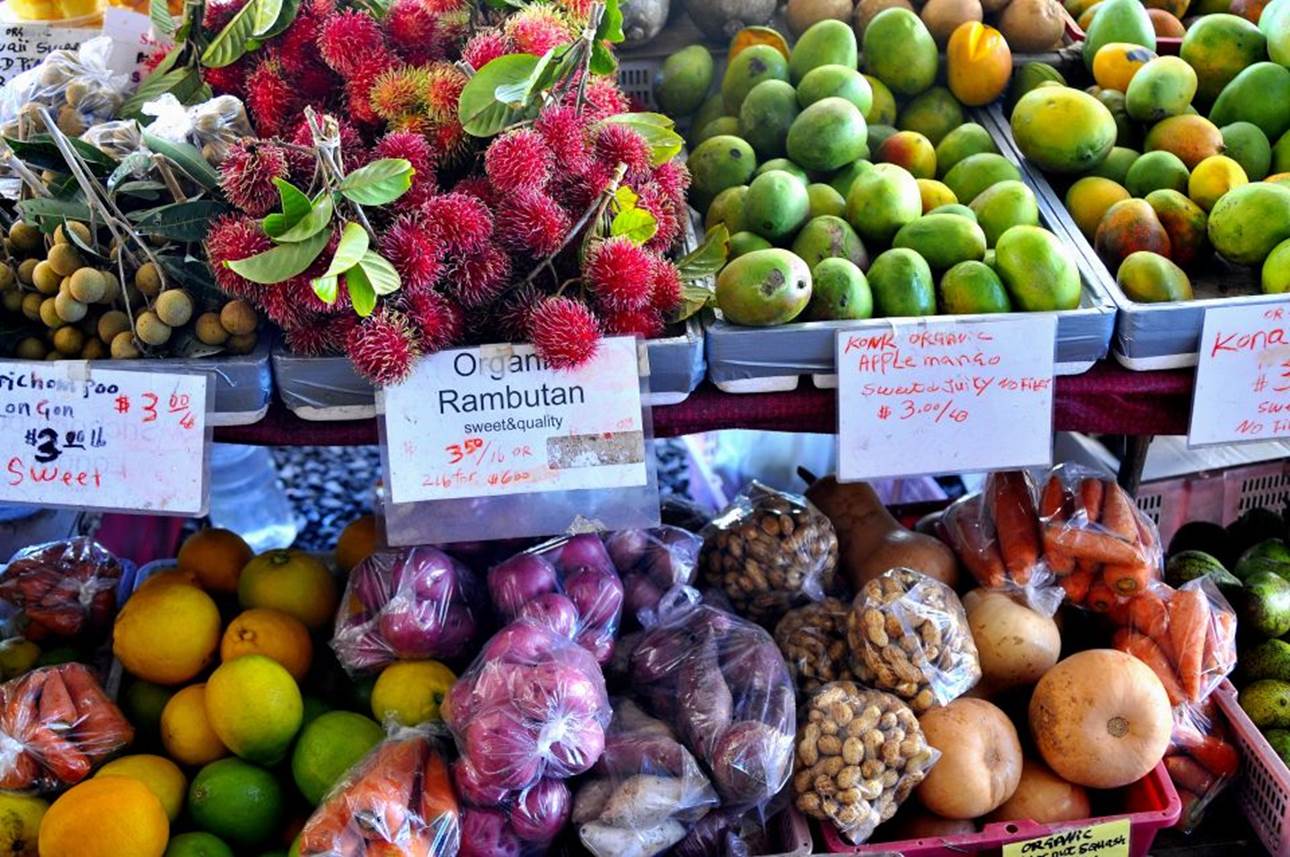 Downtown Hilo/Farmer’s Market
Historic Downtown Hilo is a quaint destination, featuring centuries-old wooden storefronts  many of which are on the National Register of Historic Places  with sophisticated galleries, shops, restaurants and cultural sites tucked inside. Be sure to visit the Pacific Tsunami Museum for a glimpse into the town’s dramatic past, and the daily farmer’s market, so you can enjoy the seasonal local produce. 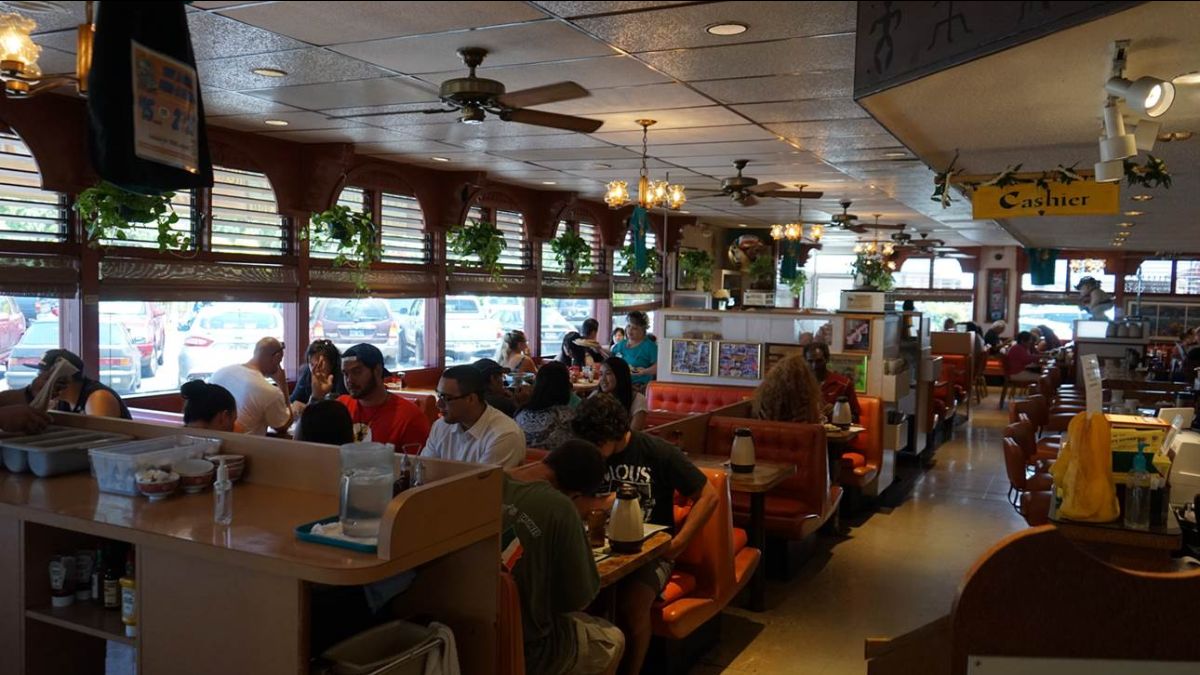 Ken's House of Pancakes
Ken’s has been turning out breakfast for hungry locals (a rare find in Hilo). Allow some time to digest their extensive menu, but you’ll probably want to try their famous pancakes or waffles with coconut, passion fruit, or guava syrups.They have more than a dozen egg dishes, on top of the 20 omelettes, to choose from. Whatever you choose, save room for Ken’s macadamia nut pie, a perfect blend of salty and sweet. 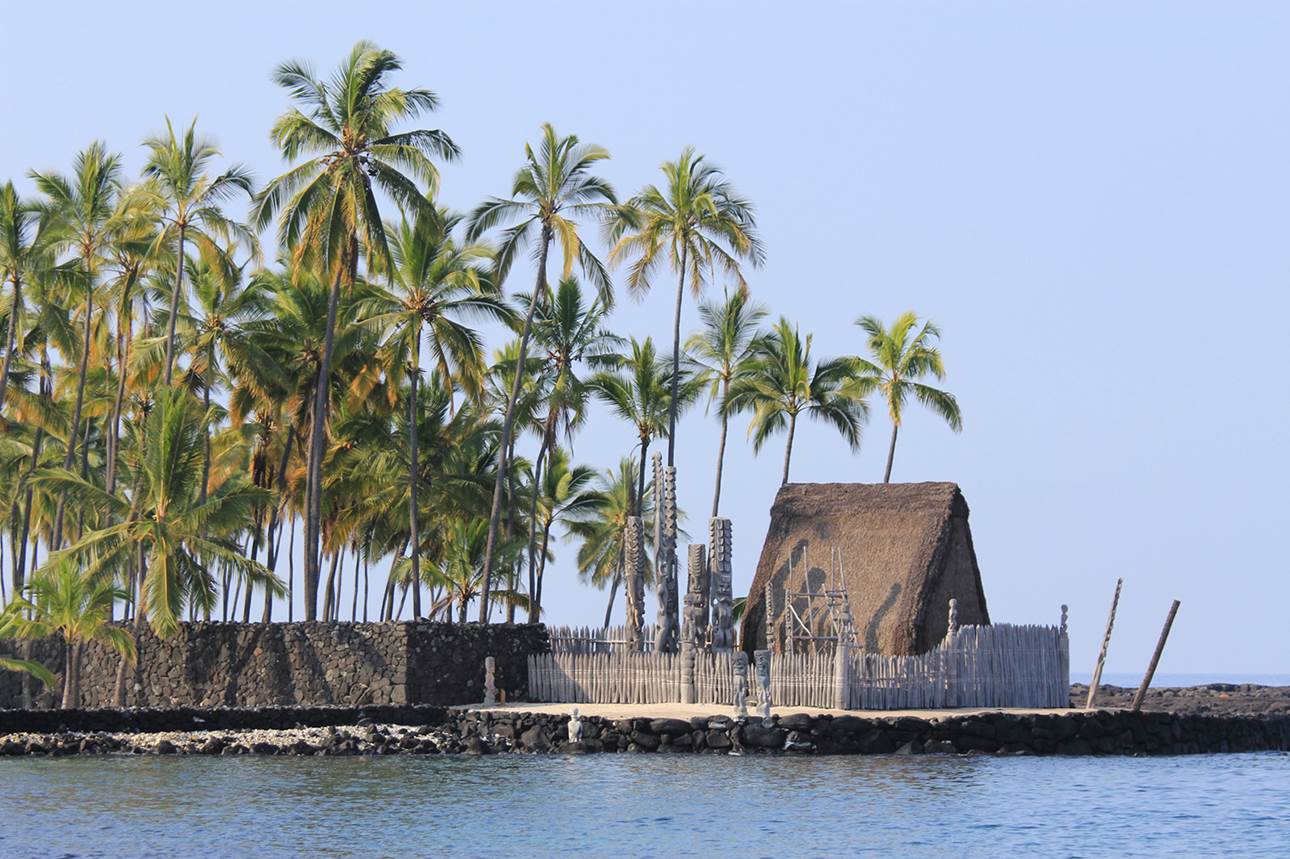 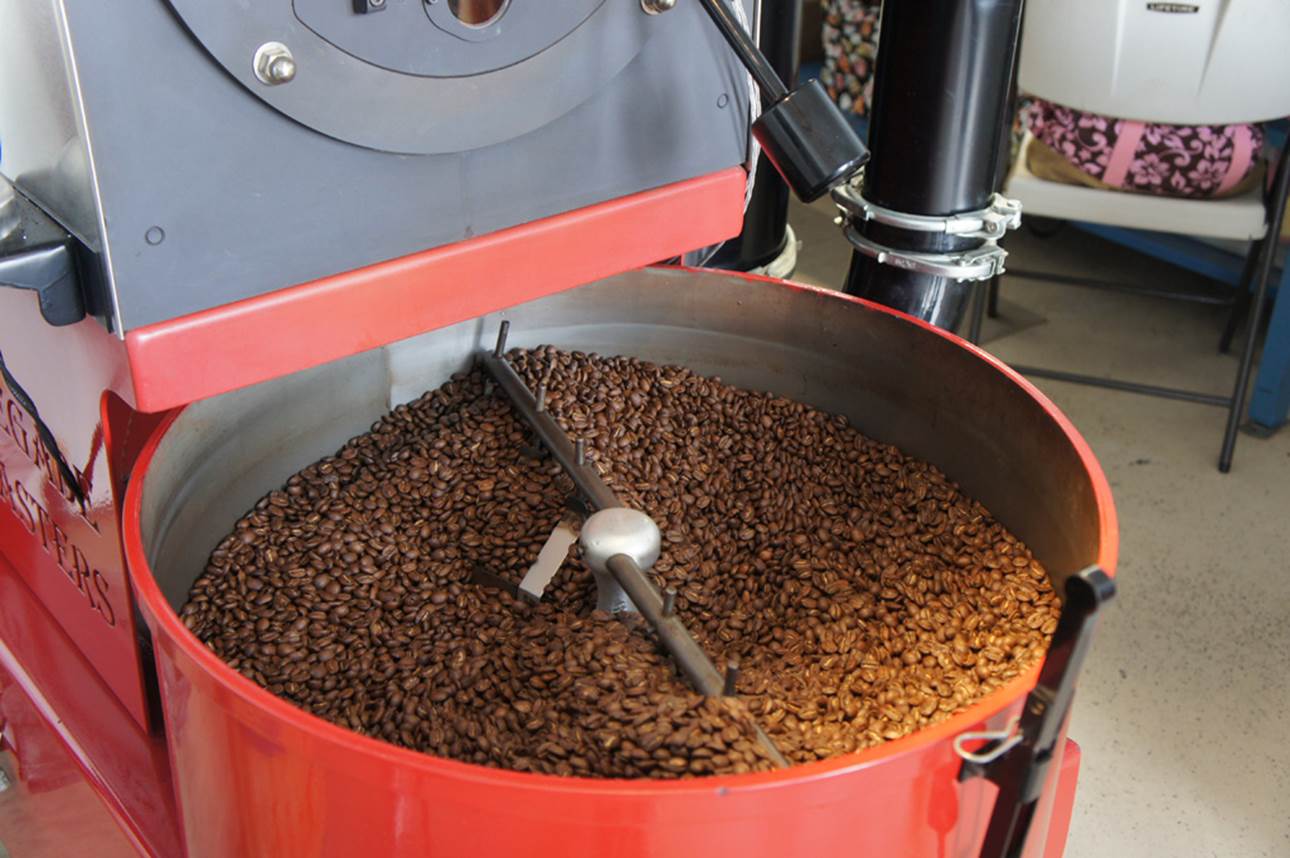 Kona Coffee Farm Tour
Kona coffee the economic mainstay of Hawaii Island  is recognized as the best in the world, due to the ideal soil, altitude and microclimates in which it is grown. It’s also recognized as the most expensive, since every step, from planting to picking, is done by hand even after 200 years. You can tour some of the larger coffee farms (reservations are highly recommended) to meet the owners, taste their coffees, and see the different operations that make each farm unique.

About Cape Town
It’s safe to call Cape Town the most beautiful city in Africa. Dramatic mountain scenery, lovely beaches, an architecturally delightful city centre, designer shopping and that world-famous, flat-topped mountain will both stun and enchant you.

It’s an easy place for tourists, with most attractions clustered close together or linked by a good transport system, with spectacular scenery when you venture further afield. There’s a European feel to the upmarket areas, mixed with African vibrancy in its street life and craft markets.

SA’s main tourist centre offers plenty to see and do, as well as a rich history. Robben Island, where former President Nelson Mandela and many other political prisoners were incarcerated during apartheid, is a must-see. Beyond the city are the world-famous winelands and a peninsula that eventually tapers to a windswept point, with some charming towns to visit on the way. All in all, you’re sure to love it.

Weather
Like most things in Cape Town, the weather has a Mediterranean feel. Winter, which lasts from June to September, is often mild, with temperatures around 18 °C, but there can be sharp cold fronts off the Atlantic Ocean, strong winds and a fair dose of rain. Summer (December-March) is dry and hot, especially in the City Bowl. Late spring and early summer can also bring strong winds.

Electricity
South African plugs are a rare breed, with three fat round pins, so buy an adaptor at the airport. Many hotels have installed European and UK-style sockets too and stock adaptors at reception.

Communications
Mobile networks have the city covered. Roaming calls and data are expensive, so buy a local SIM card to make local calls. (You’ll need to show your ID to purchase one.) There are plenty of wi-fi hotspots in town and hotels, but you might find the speeds sluggish, compared with your own country. 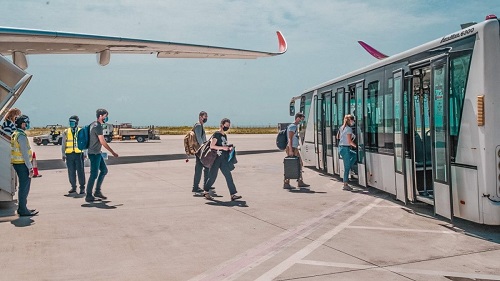 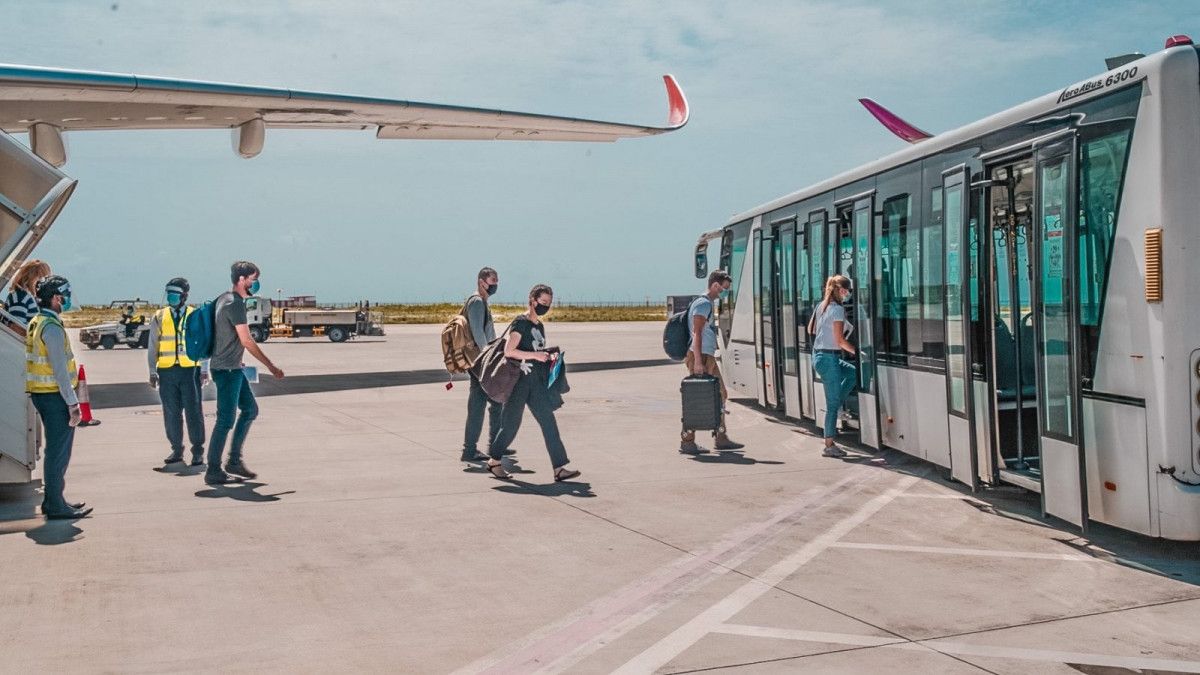 Maldives reopened the borders on 15th July 2020 with stringent safety measures. All visitors arriving in the Maldives are granted a 30-day free on-arrival visa with a confirmed booking for a stay at any registered tourist facility within the country.

While tourists are not required to quarantine or test on arrival, they are required to complete an online health declaration form within 24 prior to departure and produce a negative PCR test conducted at least 96 hours prior to their departure.

Maldives is gaining recognition in the efforts to make the island nation a safe destination for travelers. The country received the “Safe Travels Stamp” by the World Travel and Tourism Council (WTTC), in recognition of the efforts to implement enhanced health and safety measures, in line with the WTTC global Safe Travels protocols.

The Ministry of Tourism, in collaboration with Allied Insurance, has also introduced the first COVID-19 Travel Insurance in Maldives. This policy covers charges for services including isolation costs, medical treatment and transportation costs to isolation/medical facilities and consists of two plans; “Allied Inbound” and “Allied Inbound Plus.” The package covers 7 or more days and can be purchased before arriving in Maldives through the Allied Insurance website. More information can also be acquired through the toll free hotline 1600.