The award-winning reputation, state-of-the-art fleet and all-inclusive services make Scenic as ultimate river cruise line in Europe. Scenic was launched in 2008 and they are the first river cruise ships in Europe owned by a private Australian company which employs staff and tour crew worldwide. The fleet of Scenic consists of 15 Space-Ships, with 44-163 passenger capacity.

Discover the ‘joie de vivre’ of France on the Seine, Saône, Rhône, Garonne and Dordogne. Bask in the sun-kissed beauty of Portugal’s Douro, or cruise the classic routes on a Rhine and a Danube river cruises.

Scenic Tsar, launched in 2013, has been exclusively developed to negotiate the waterways of Russia, two South East Asia ships were built in 2016, with Scenic Aura cruising the Irrawaddy River and Scenic Spirit on the Mekong River.

The 5-Star Scenic Space-Ships are renowned onboard for:

Introducing its first ocean cruise ship, Scenic Eclipse, which is the World First Discovery Yacht that embarked her maiden voyage on August 15, 2019 from Reykjavik, Iceland to Quebec on a 13-day discovery. 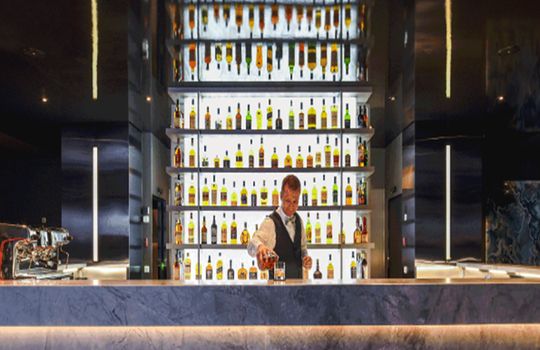 Scenic Cruises : From Whiskey to Wine

TRULY ALL-INCLUSIVE DISCOVERY At Scenic, when we say your journey is truly all-inclusive, we mean it. And no more so than when it comes to t...
Continue reading 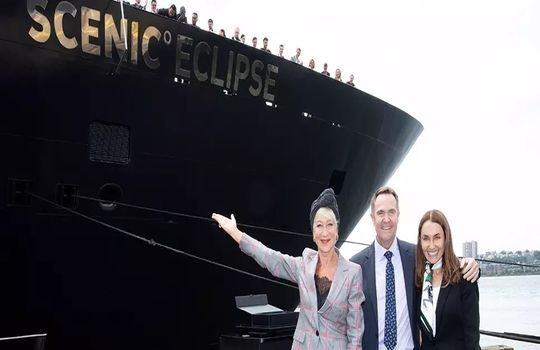 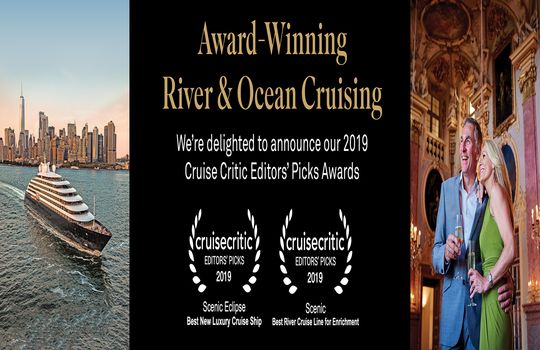 Scenic Luxury Cruises and Tours took home a number of top awards and has been named as one of the world’s top cruise lines in Cruise Critic’...
Continue reading