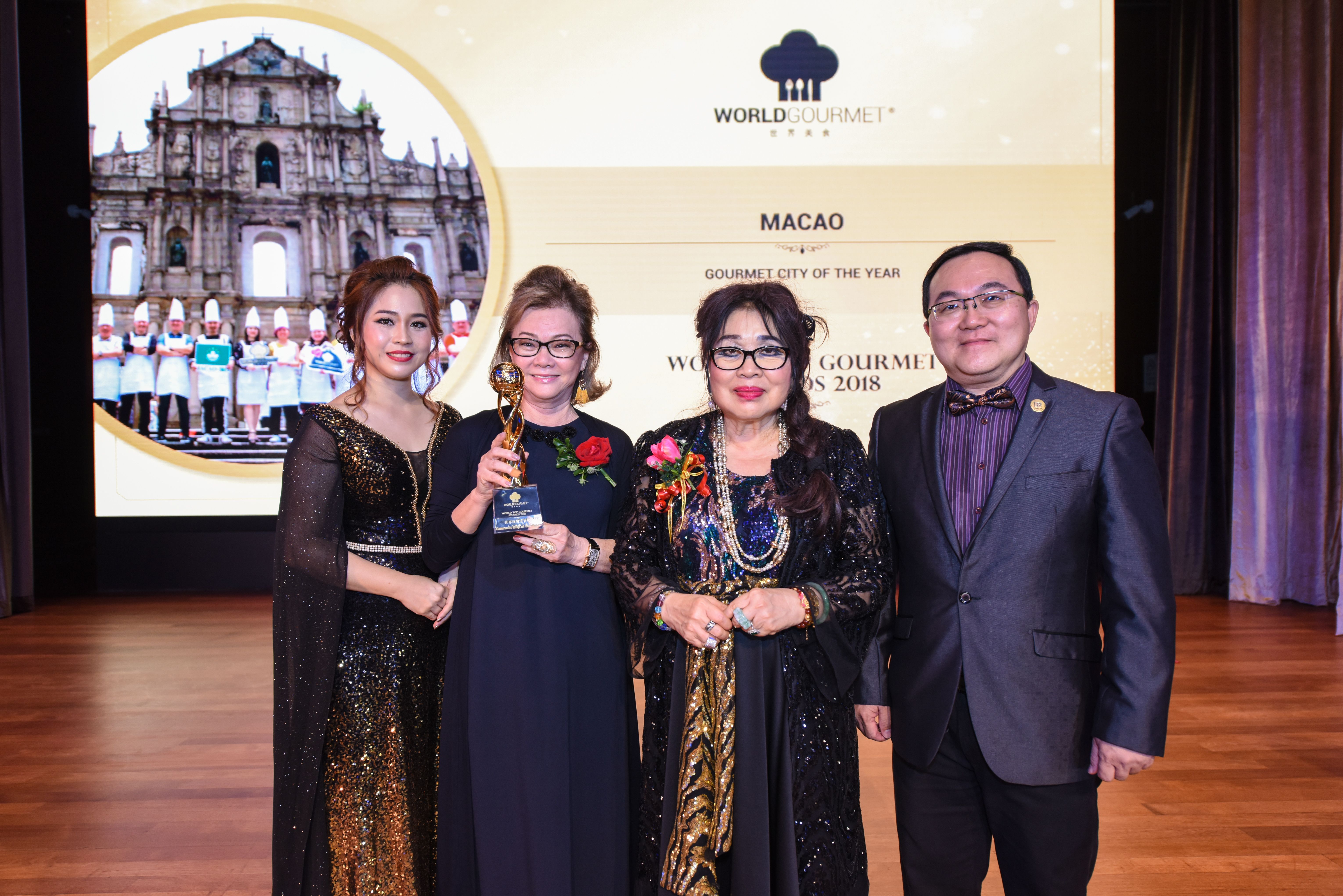 Macao recently was granted two prestigious awards at the World Top Gourmet Awards 2018 on 29th November, 2018. Organised by World Gourmet Federation (WGF), the awards are a tribute to best-in-industry and best-in-class achievements by food and beverage retailers.

The awards cover all cuisine genres and promote efforts in making Asia as one of the world’s top food destination. Macao was selected as the first ever recipient for Gourmet City of the Year Award. Gourmet City of the Year Award aims to recognize and reward the best destination for gastronomy experience and for the excellent work in promoting its city or country’s cultural identity, while promoting sustainable development and expanding its international cooperation.

Top Outstanding Young Chef Award was received by Macanese chef, Sandra Niza Barros. With a family history steeped in gastronomy and professional background in bakery and pastry, Chef
Sandra is the owner of Café SAB 8 in Macao which offers Contemporary Macanese Cuisine. Chef Sandra has delighted us with her culinary skills at Malaysian gourmet event TasteMIGF earlier this year, in collaboration with Macao Government Tourism Office (MGTO).

Since Macao was designated at UNESCO Creative City of Gastronomy in 2017, MGTO’s marketing efforts are riveted on fostering the development of Macao’s gastronomy. A 4-year master plan in currently in place to achieve the objectives set forth by UCCN as a Creative City of Gastronomy. This is primarily to cooperate with other cities in the field of Gastronomy as well as cross-cut with other fields, for example Crafts and Folk Arts, Design, Film, Literature, Media Arts, and Music.

Next year, Macao will celebrate its 20th year of being established as China’s Special Administrative Region. Expect more exciting events and festivals to celebrate this historic moment!

For more information about Macao, please visit:
www.facebook.com/MacaoTourismMalaysia/ and www.macaotourism.gov.mo