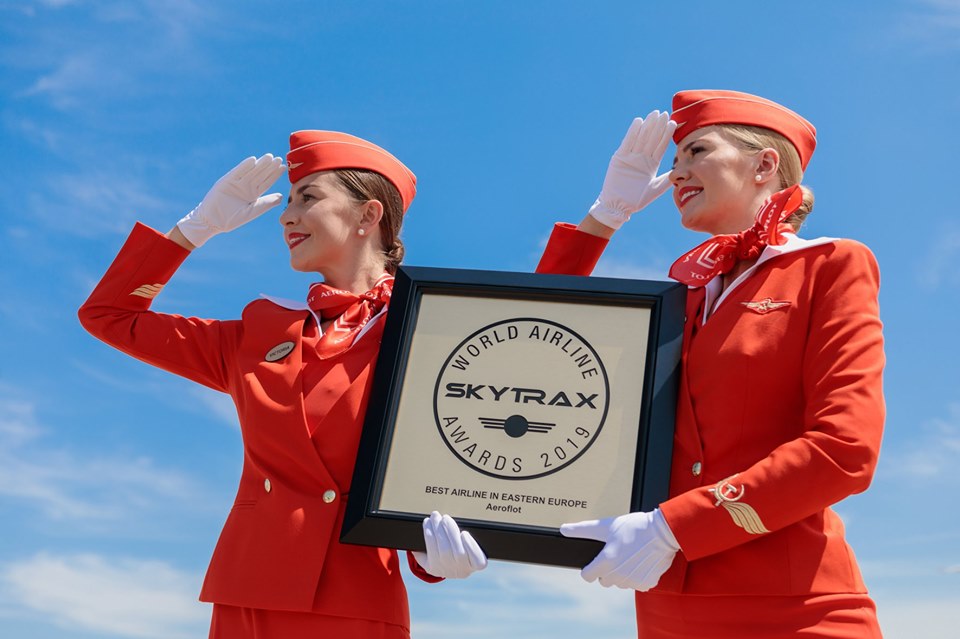 Aeroflot has again scooped the title of Best Airline in Eastern Europe at the Skytrax World Airline Awards, held today at Air and Space Museum during the 53rd Paris International Air Show at Le Bourget.

Known as the Oscars of the aviation world, the World Airline Awards are handed out annually by Skytrax, the leading global authority on airline and airport service quality. Ratings are based on the world’s largest passenger satisfaction survey, which took place from September 2018 to May 2019 with online voting in English, French, Spanish, Japanese, Chinese and Russian. This year passengers from over 100 countries voted on 300 airlines from around the globe.

Vitaly Saveliev, CEO of Aeroflot said: “Being named Best Airline in Eastern Europe for the eighth time is a great honour and recognition of our efforts on a global level. We thank all passengers who voted for Aeroflot. Their votes encourage us to further enhance our premium service and achieve the ambitious goals set out in our Strategy 2023”.

Edward Plaisted, CEO of Skytrax said: "Aeroflot remains a true customer favourite and winning this top global award is a fabulous recognition of the high quality service being delivered by all the front-line staff at Aeroflot. We congratulate them on such a great achievement."