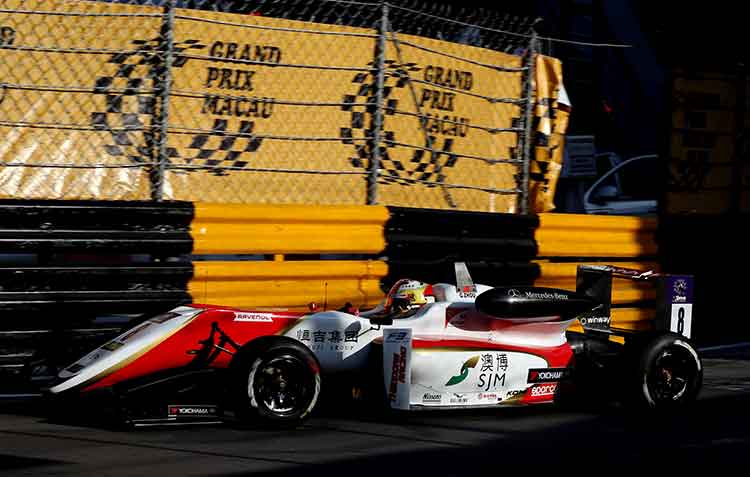 The Macau Grand Prix has been cut from its usual four days to three this year, from 20 to 22 November, with only five races to be held due to the impact of COVID-19.

The traditional flag-ship FIA F3 Championship and Macau Motorcycle Grand Prix had already been cancelled due to difficulties in bringing in foreign drivers.

Only one foreign driver has arrived in Macau to race this year – British touring car driver Rob Huff, who is a 9-time winner of the Macau Guia Race and is eying win number 10 this year. He is currently undergoing 14-day quarantine in a designated hotel, while the other 94 drivers participating in races are mostly from Macau, mainland China and Hong Kong.

The Macau Government Tourism Office (MGTO) has also confirmed it will launch the Macau Food Festival from 13 to 29 November in collaboration with CCTV-5 and other media, KOLs and social media platforms in mainland China to attract more mainland visitors.

The Secretary for Social Affairs and Culture, Ao Ieong U, hopes to further promote Macau as a virus-free and quarantine-free travel destination for mainland travelers and emphasized the importance of holding large-scale activities during the post-COVID-19 period.

“It is estimated that the Macau Grand Prix, Macau Food Festival and other activities in the series will create job opportunities of more than 100,000 man per day in total for the construction, catering, wholesale and retail, advertising and manufacturing industries,” she said. “It will generate a significant positive impact against the downward spiral of the economy.”

All staff working at either event must receive virus tests every seven days, while viewers at Grand Prix races and customers at the Food Festival are not required to be tested. Other preventive measures such as wearing face masks, checking body temperature and submitting health codes will remain in all campaigns.

MGTO Director Maria Helena de Senna Fernandes recently revealed that visitor arrivals have continued to rise since the October Golden Week, stating that that holding a series of mega events could attract more mainland visitors in the 2021 New Year and the Chinese New Year holiday.