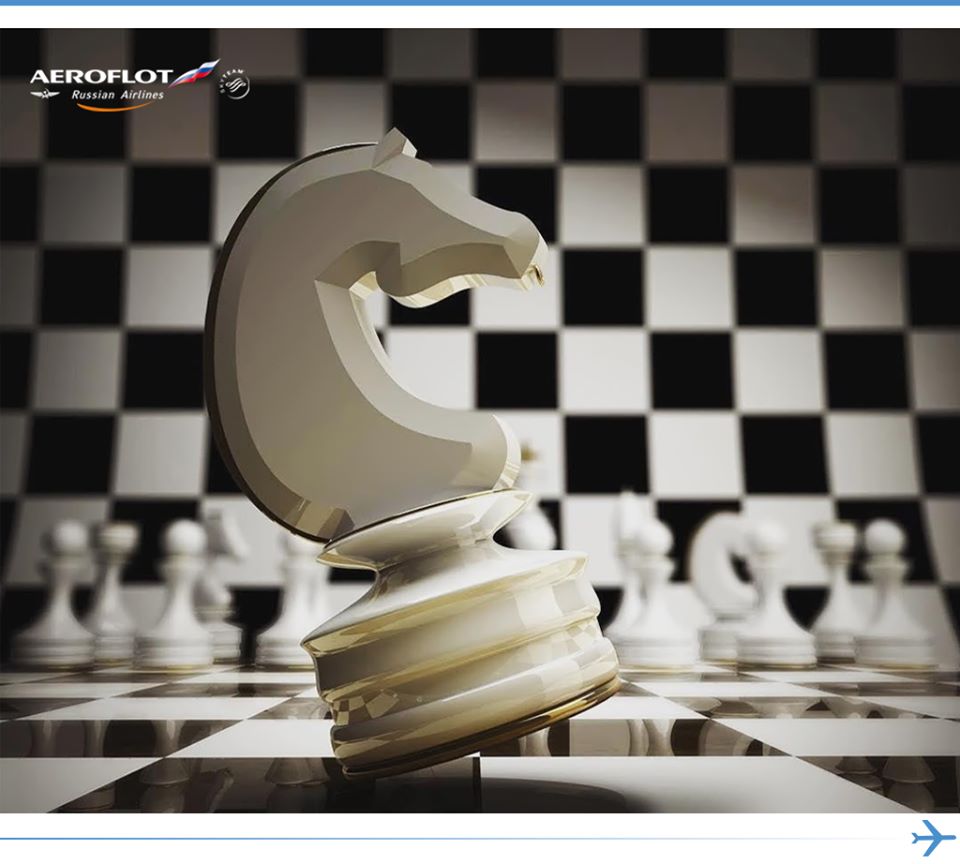 Aeroflot Open 2020, an international chess festival sponsored by Russia’s flagship airline, will take place on 18-28 February at the Cosmos Hotel in Moscow. Now in its 18th year, the competition is one of the longest established and most popular in the world, bringing together every year an impressive line-up of participants.

The festival is divided into three tournaments (A, B and C), based on how participants score in an initial nine rounds, in accordance with the Swiss system. Players who achieve 2,549 points or higher will qualify for the main tournament (A).

Heading the list for this year’s main tournament is Vladislav Artemiev, current European Champion and a member of Russia’s victorious team at the 2019 World Team Chess Championship. Also on the list are Gabriel Sargissian (three-time winner of the World Chess Olympiad for Armenia), Sanan Sjugirov (current holder of the Russian Cup), Alexey Sarana (2018 winner of the Russian Championship Higher League), Baskaran Adiban (winner and medallist of various international tournaments for India), Vladislav Kovalev (2018 winner of the Aeroflot Open 2018 for Belarus) and many other chess stars.

Alongside the festival's three tournaments (A, B and C), a children's tournament named in honour of Anatoly Karpov will be held.

In total, more than 80 chess players from 21 countries will play in the main tournament, which takes place on 19-27 February.

Special prizes will be awarded to military veterans, women and children who score highest in their category (with prizes totalling EUR 2,500). Each participant can receive only one prize (the highest for which they quality). The festival's total prize pot is EUR 120,000.

"Aeroflot has been committed to cultivating successful sporting events for many years, including promoting chess within Russia and around the world. The Aeroflot Open festival has long been seen as a leading forum where nations can come together in the name of education and cultural exchange. For younger participants, this event is a chance to break into the global chess scene, and for us it is a brilliant opportunity support the next generation of chess players," said Aeroflot CEO Vitaly Saveliev.

Aeroflot organises the festival in partnership with the Russian Chess Federation and the Association of Chess Federations. Aeroflot Open is considered the most representative open chess tournament in the world. In 2004, The Guinness Book of World Records logged the competition thanks to the high number of Grand Masters taking part that year.