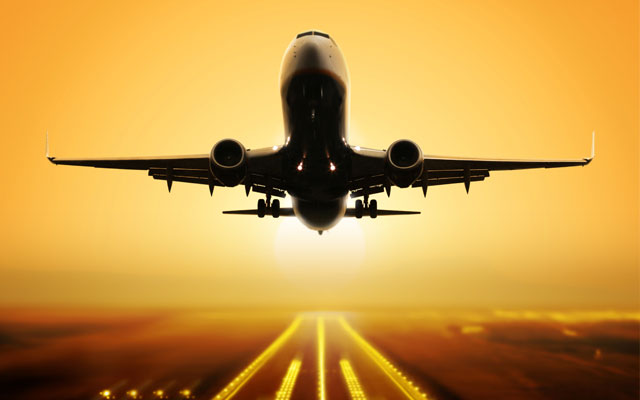 IATA and its airline protagonists have high hopes for the New Distribution Capability (NDC), which is touted as a new standard to connect airlines with intermediaries, with the promise of greater flexibility to sell ancillary products and introduce more personalised and dynamic offers.

It has taken a while for the industry to warm up to NDC since its launch in 2012. Airlines were fairly slow to adopt NDC due to investments required in implementing NDC appplication programme interfaces (APIs). GDSs, which were initially concerned about NDC’s potential disruption to their traditional intermediary role, have adopted a more conciliatory stance and became adopters of NDC – an integral part of the NDC implementation process.

Six years on, there’s no doubt that NDC is finally beginning to take flight, albeit in a lumbering sort of way, clearly illustrating the work that still needs to be done by IATA and its supporters in championing for NDC integration.

The party has started

“It isn’t a question of ‘is NDC going to happen?’. It’s happening, and it’s more a question of how, what and why,” Travelport’s vice president product and marketing Ian Heywood asserted at the recent Travelport Live conference in Bangkok.

For an initiative that began fairly controversially, the narrative has turned largely positive as entities in the aviation sector agree that standardisation is needed to achieve transparency and efficiency in the current distribution system.

Already, 48 airlines are now certified to IATA NDC Level 3, and by end-2018 certified airlines are expected to account for 59 per cent of all passengers boarded. Also certified are 55 IT companies and aggregators, including those which help airlines to expose NDC content by providing the APIs, e.g. Farelogix, Datalex and OpenJaw.

IATA has released a list of 21 airlines that are part of its Leaderboard initiative to push NDC adoption, with each carrier aiming to have 20 per cent of their transactions via NDC by the end of the year 2020. These include Finnair, Qatar Airways, Cathay Pacific Airways, China Southern Airlines, among others.

Qantas, for example, in May launched a new distribution platform developed with Farelogix to enhance the airline retailing, booking and servicing capabilities for its trade partners and deliver a more personalised experience for customers, shared  the airline’s senior manager, distribution operations, Nathan Smeulders, during Travelport Live.

“We are taking a positive approach and collaboration with agency partners,” he said. “We want to grow NDC content as quickly as we can with the 20 per cent (of transactions by NDC) by 2020 target.”

Bryan Koh, vice president ecommerce, Singapore Airlines (SIA), conceded that the carrier was “a late starter to the NDC game with a lot of contemplation prior” but it has since been building merchandising engine and capabilities with travel technology providers and agents. The airline launched its first NDC connection with Skyscanner in May this year.

In addition to airline buy-in, the three major GDSs have committed to achieve Level 3 NDC certification as aggregators. Travelport was the first to get there in December 2017, followed by Amadeus last month, while Sabre, already a Level 3 IT provider, is expected to attain the same level as an aggregator within this year.

HRG, which has been awarded IATA level 3 certification for NDC, views the new standard as “groundbreaking”, said Australia managing director, David Lorimer, as the TMC is now able to distribute new fares and deepen its relationships with clients while improving efficiency.

Role of GDSs in post-NDC world

GDSs’ traditional role as the main intermediary between airlines and agents may have been challenged with NDC’s inception, but it is not realistic to think that they will disappear.

Although agents will be able to directly connect to all commercial information of airlines if they choose to do so in the post-NDC landscape, it may not always make sense.
Industry executives were quick to point out that NDC content will still come through the GDS, which is much better at serving booking volume.

Without the GDS, work efficiency will be compromised, shared HRG’s Lorimer. “If there are many APIs, I have to leave the GDS environment and I can’t afford to be less efficient,” he said. “We have created HRG One-View system, piping in API inventory from all around the world.”

“We consolidate over 83 carriers, so it would be a tough job to have NDC connections with all airlines,” said Tsang.

“(Connecting to) less than 10 APIs would still be possible, but it’s probably impossible to get all NDC solutions connected. Not only will such scenario be costly and less efficient, the outcome may not yield better returns too.”

While airlines like Lufthansa and British Airways – which have rolled out direct connect initiatives via NDC – have approached Nan Hwa on collaboration, Tsang said it’s still an “open verdict” on how the company will move ahead with NDC.

Emphasising the aggregator role that GDSs now play in the new ecosystem, Heywood posed this question to agents: “API connections are expensive, do you want 400 APIs coming to you?”

No longer pure distribution platforms, Travelport, Amadeus and Sabre, have expanded their portfolio to become travel technology providers and content aggregators across airlines in the new ecosystem.

Following years of explanation and debate around its education blitz to build acceptance of the NDC, the positive traction gained among major airlines has led IATA’s NDC programme director Yanick Hoyles to claim that “2018 is a year of plumbing” as the organisation expects to see “from mid-2019 to 2020 really strong growth in volumes.”

But Heywood thinks it’s still “early stage experimentation” for the IATA-led project as the industry feels its way around the new standard.

“It will be 2018 and 2019 as the sector puts NDC in place. But there’s still quite a lot of work, not just for the airlines and agencies but across the whole industry,” said Heywood.

Even though many major airlines  like Lufthansa and British Airways have forged ahead with the standard and some have applied a commercial strategy, CAPA’s chief analyst Brendan Sobie notes that most carriers are still “waiting and seeing”.

Malaysia Airlines, for example, is still in the preliminary stages of embracing NDC, having just moved into a new PSS (passenger service system) last year, the airline’s sales manager of GDS management, Abdul Razak Ab Hamid, told TTG Asia. “A lot of back-end work is needed to get NDC going,” he commented.

Smaller airlines, especially LCCs, are more inclined to sit on the fence regarding NDC uptake as they await alternatives. “There are some (airlines) who don’t even know what NDC is about,” Sobie remarked.

The adoption of NDC is unlikely to be resolute in the coming years, but industry experts generally believe that “embracing the NDC standard” is the way to go although implementing brings its own set of challenges.

“What we are seeing at the moment is not what we are going to see in two, three years’ time,” said Heywood, projecting that the NDC transition is a multi-year effort involving a “carrot and stick” process.

Acknowledging the flux that will likely characterise the NDC landscape in the next 18 months, Heywood urged agents to join forces with Travelport and airlines to work out NDC’s benefits. “Please come on board to work together on solutions that you need,” he recommended.

SIA’s Koh puts forth a similar message. “Many agents have talked about airlines taking away their business, but NDC offers agents to be part of the new norm.

“Come join the party and bring it forward,” he implored. 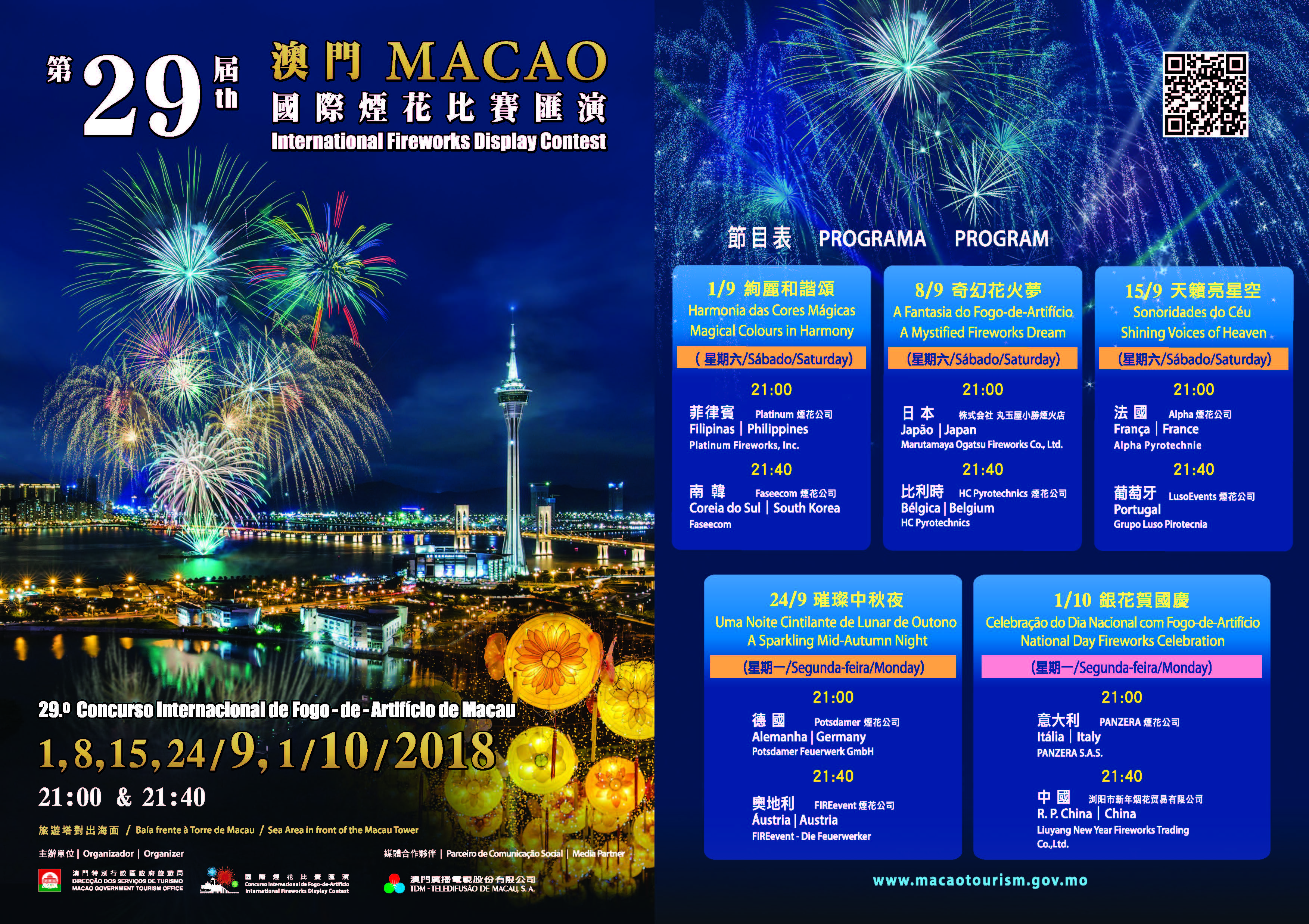 Kuala Lumpur, 8 August 2018 – The 29th Macao International Fireworks Display Contest (“the Contest”) will be staged above the sea area overlooked by the Macau Tower on 1st, 8th, 15th and 24th September and 1st October. Ten pyrotechnic teams will present spectacular fireworks displays synchronized to music and laser lights within a multimedia experience not to miss. Aside from an array of outreach programs, the Fireworks Carnival will be held concurrently with the Contest to bring together culinary delights, lively performances and fun games. In sum, Macao Government Tourism Office (MGTO) has infused a palette of fascinating elements into five memorable fireworks evenings to present for residents and visitors.

The highly-anticipated lineup of the Contest promises wondrous spectaculars this year. In order of performance, the Contest pits ten teams from the Philippines, Korea, Japan, Belgium, France, Portugal, Germany, Austria, Italy and China against each other, among which the fireworks companies from Korea, Belgium, France and China will debut in Macao. All the contestants boast rich experience in creation of mega multimedia fireworks shows. Some of their portfolios also include fireworks displays tailored for major national celebrations in different countries and a range of accolades garnered from international fireworks contests across the world.

MGTO and the General Union of Neighbors Association of Macau will jointly present the Fireworks Carnival next to the Macau Tower from 5 p.m. to 11 p.m. every fireworks evening. The Carnival will be a confluence of delicacies, performances and games, enriching the event with more fantastic experiences.

The shoreline overlooked by the Macau Tower, Kun Iam Ecumenical Centre and Macao Science Center, the shoreline in Taipa, the top of Penha Hill as well as the leisure, cultural and creative landmark “Anim'Arte Nam Van” are among the popular vantage points for fireworks watching. Residents and visitors can enjoy every fireworks evening from their favorite angle and style.

Four outreach programs will be held in tandem with the Macao International Fireworks Display Contest this year, including the Songwriting Contest newly launched to welcome the 30th edition of the Contest; the widely-popular Photo Contest, Student Drawing Contest and Trophy Design Contest. The outreach programs are sponsored by Wynn Resorts (Macau) S.A.

The Macao International Fireworks Display Contest has developed into a major event and highlight of travel experience offered by Macao. In the days ahead, MGTO will continue to broaden the spectrum of spectacular events and leisure elements in Macao in collaboration with different sectors, making relentless efforts to breathe a new dynamic into the tourism industry in parallel with Macao’s transformation into a world centre of tourism and leisure.

TICKETS MUST BE AUTO-ISSUED. COLLECT ALL APPLICABLE TAXES AND SURCHARGES. FARES ARE SUBJECT TO CHANGE WITHOUT PRIOR NOTICE.