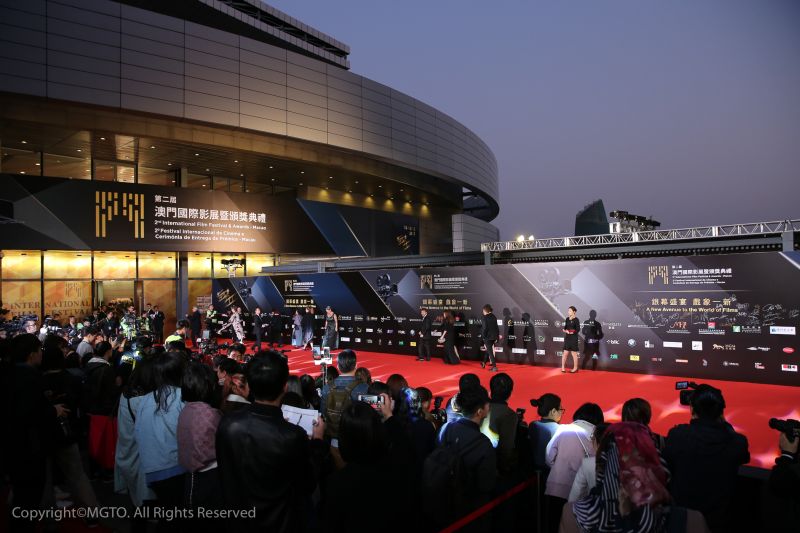 The International Film Festival & Awards‧Macao celebrates the extraordinary contributions of filmmakers to the Asian film world and pays special tribute to classic film works, while enhancing the experience Macao has to offer as an international city and showing to the world the city’s diverse new dynamic of the cultural and creative development.

Peter Chan will be Jury President of the Competition

Coming on board as the Jury President of the Competition in the 4th IFFAM, Peter Chan is an accomplished filmmaker, film director, producer and screenwriter. Since the 1990s, Chan has directed many critically-acclaimed films that also hit high box office records and garnered a range of film awards.

With her outstanding acting performances, famous Hong Kong film star Carina Lau has gained the honor of best actress at the Hong Kong Film Awards, Golden Bauhinia Awards, Golden Roosters and Hundred Flowers Film Festival, Osaka Asian Film Festival, Festival of the 3 Continents. In 2017, she was invited to become a member of the Academy of Motion Picture Arts and Sciences.

Suho is a widely-acclaimed artist in Korea and around the world. As a singer, he and other EXO members have reached the pinnacles of success with their outstanding accomplishments in the Korean and Asian world of modern music. His radiant talents have also extended into musicals, TV dramas and movies in recent years.

The ten entries in the International Competition include Bellbird, Bombay Rose, Buoyancy, Family Members, Give Me Liberty, Goldie, Homecoming, Lynn + Lucy, Two of Us and Two/One and etc.

Jojo Rabbit is a satirical black comedy film and a screen adaptation of Christine Leunens’ novel Caging Skies. The story is set against the backdrop of the Second World War, about a young German boy (portrayed by Roman Griffin Davis) in face of various disputes in the times of turbulence. The movie creates a humorous portrayal of solemn and sensitive issues through the eyes of a child, turning a hilarious black satirical comedy into life.

To celebrate the 20th Anniversary of the Establishment of the Macao Special Administrative Region, this edition of IFFAM will present a special section titled “20th Anniversary Macao Special Presentations”. A selection of local films will be screened in this non-competition section, including Ina and The Blue Tiger Sauna, Let’s Sing, Patio of Illusion, Strings of Sorrow and Years of Macao, to bring outstanding local film productions into the limelight on the international stage, showcase the diverse dynamic of the cultural and creative industries in Macao and pay tribute to the city’s film industry professionals.

The Film Festival will feature a new competition “SHORTS” this year, joining universities from Mainland China, Hong Kong and Macao to accept short film entries created by their students. Ten entries will be selected for screening during the 4th IFFAM and the best short film will be chosen.

The “New Chinese Cinema” this year will be adding competition element and five accolades, including Best Film, Best Director, Best Screenplay, Best Actor and Best Actress, will be conferred to commend filmmakers for their extraordinary artistry.

Organized by MGTO and MFTPA, the Film Festival is committed to become a major gathering for international filmmakers to enhance cultural exchange, while putting forward Asian film talent and film works onto the global stage. As an annual international event in Macao, the Film Festival will continue to push forward the development of Macao’s film, cultural and creative industries, enhance exchange opportunities with international movies as well as unveil a wider landscape for development of cultural and artistic platforms, tourism and other fields.

Films in the IFFAM programme will be shown to the public at Macao Cultural Centre, Macau Tower, Cinematheque・Passion and Macao Old Court Building. Residents and visitors can buy the film tickets through www.macauticket.com starting from now, or at the screening venues during the Film Festival.