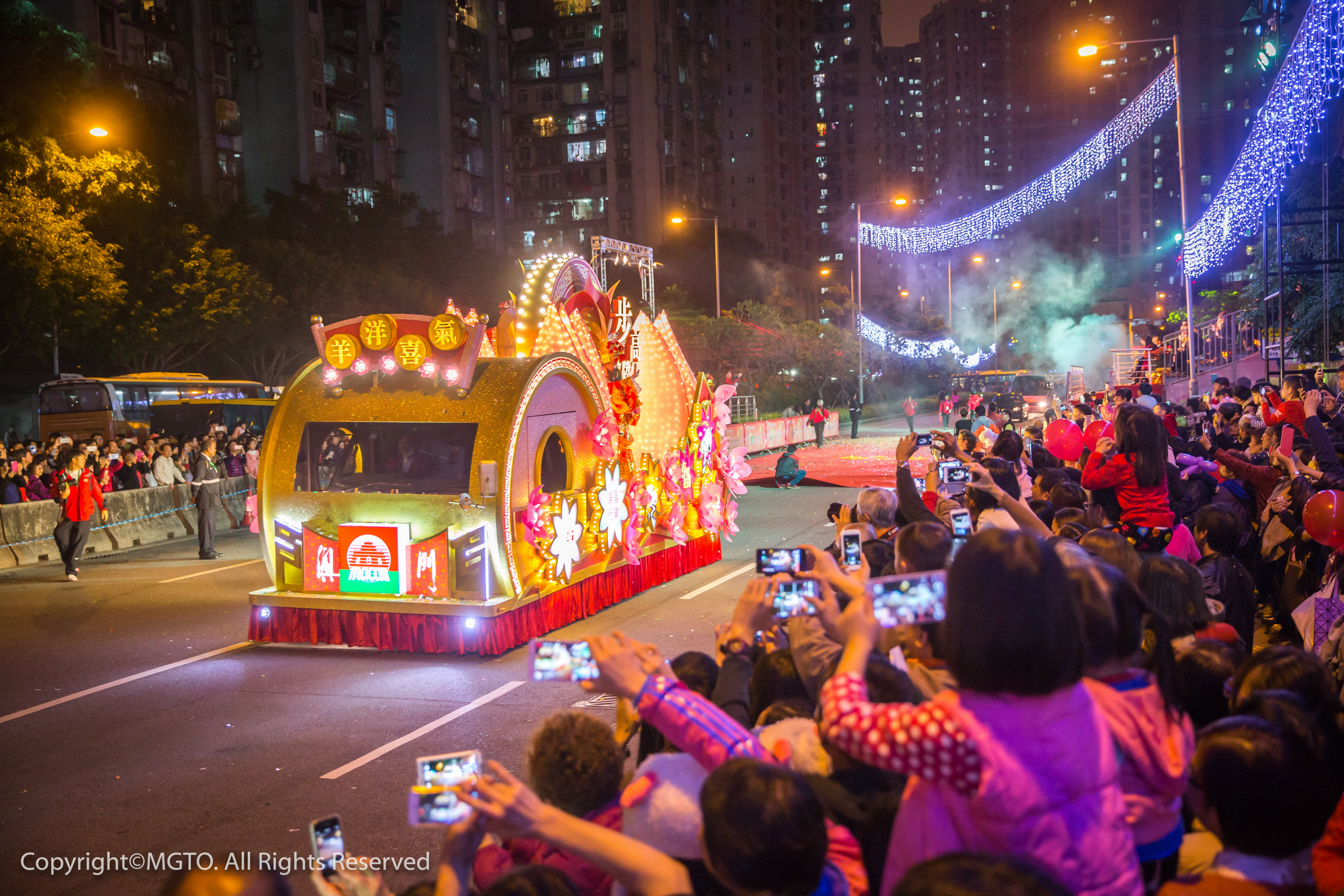 Kuala Lumpur, 6February2018–The Macao Government Tourism Office will present the “Parade for Celebration of the Year of the Dog” on the 3rd day (18 February) and 9th day (24 February) of Lunar New Year to celebrate the joyful occasion with residents and visitors. The event features a range of spectacular activities such as the float parade, large-scale performances, fireworks display, float exhibition and mobile phone game. MGTO will make continuous efforts to augment the scale and impact of local events and festivals, not only to attract visitors from a diversity of source markets but also to encourage enthusiastic participation among residents.

Entering the sixth year, the event has become one of Macao’s signature festivities with the aim to present fascinating celebrations that blend a diversity of cultural gems for local residents and visitors from around the world.

The Parade will revolve around a story in which a kennel of dogs known as Wong Choi has gathered blessings in the past twelve years and all kinds of delicious cuisines, to lay before local residents and visitors like a splendid banquet, delivering blessings and wishes for a fruitful, vigorous and prosperous year. Souvenirs will be distributed along the routes on both days to add the joyful and festive vibes.

On the 3rd day of Lunar New Year, there will be a float parade, procession of performance groups, stage performances and fireworks display. Compared to the previous year’s arrangement, the starting point and finishing point of the Parade are switched this time. A launch ceremony will kick off the Parade at Sai Van Lake Square in front of Macau Tower at 8 p.m. 15 dazzling floats will proceed together, joined by over 1,000 performers forming a total of 25 local performance groups and 9 external performance groups from 8 countries and regions. Performers will be divided into two groups, one of which will stay and perform on stage at Sai Van Lake Square, while the other group will set off with the floats from Sai Van Lake Square, march along Avenida Dr. Sun Yat-Sen on Macao Peninsula until the destination at Macao Science Center, to spend a joyful evening with spectators，followed by a fireworks display at 9:45 p.m, ready to liven up the city with a festive ambience.

For the convenience of locals and visitors, MGTO will operate free shuttle bus service around five routes between event locations and variousdistricts on Macao Peninsula, Taipa and Coloane. Starting from 8 p.m. on the night, MGTO will live broadcast the Parade on LED screens set up at different locations for more people to enjoy the whole Parade.

There will be another float parade and finale show of cultural performances on the 9th day of Lunar New Year (24 February). The float parade will commence with a kick-off ceremony at Rua Norte do Patane at 8 p.m. 15 floats will march along Avenida do Conselheiro Borja, Estrada do Arco, Estrada da Areia Preta, Avenida de Venceslau de Morais, Rua Quatro do Bairro da Areia Preta, Avenida da Longevidade, Rua do Mercado de Iao Hon until the finishing point at Iao Hon Market Garden.

The splendid floats will be showcased at theseafront of Macao Science Center from 18 February (10 p.m.) to 24 February (5 p.m.), and following that, on display at Tap Seac Square from 24 February (10 p.m.) until 4 March (6 p.m.). Local residents and visitors can enjoy the sight of illuminated floats from 6 p.m. to 10 p.m. during the aforementioned periods (time schedule will be adjusted on 18 February, 24 February and 4 March because of the Parade).