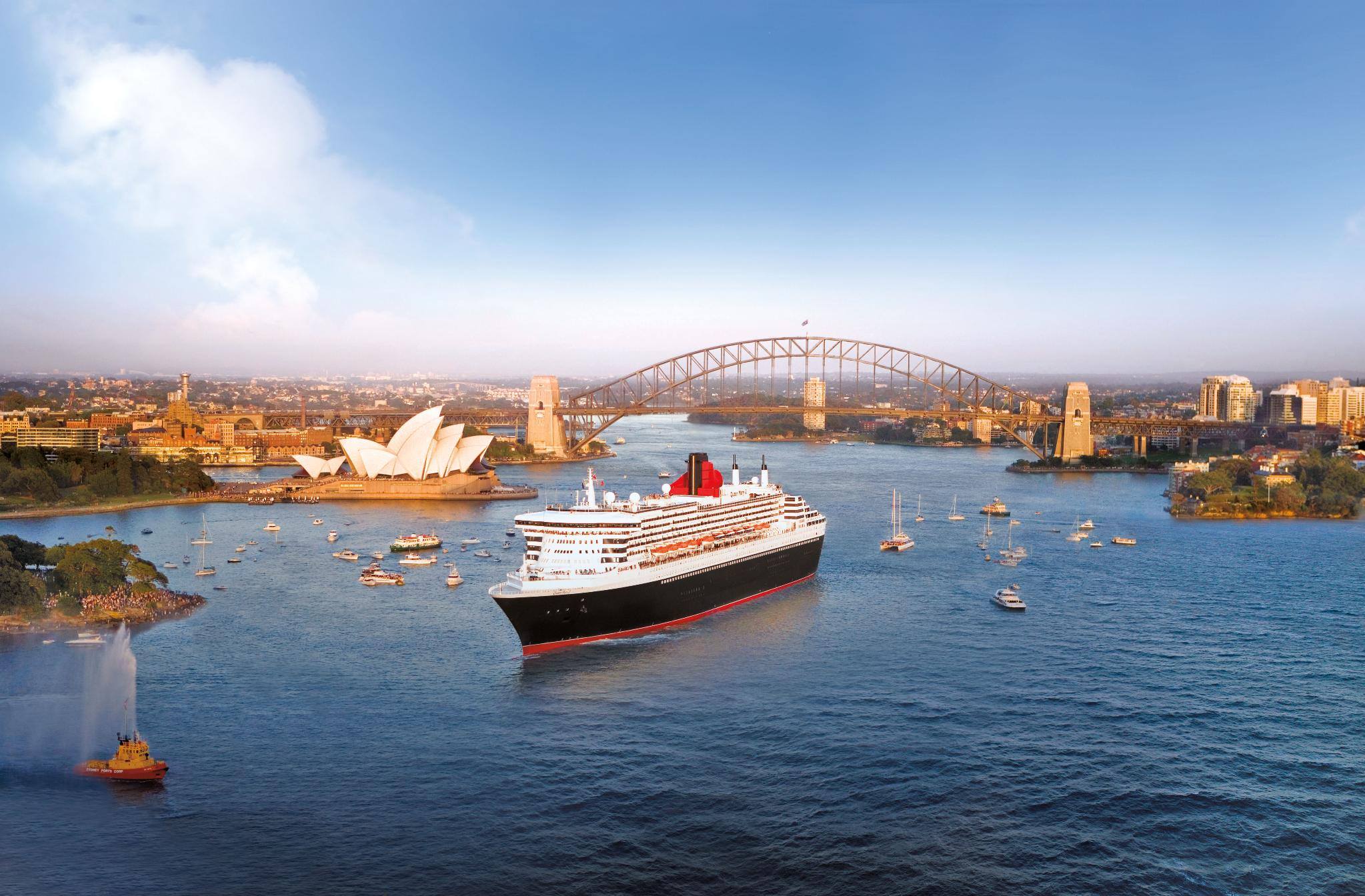 VALENCIA, Calif., September 13, 2018 – Luxury cruise line Cunard has announced its expanded voyage program for the remainder of 2020, including new voyages to the Norwegian Fjords, Japan and Australia. Guests will have the opportunity to experience true luxury and relaxation on Cunard’s iconic ships – Queen Mary 2, Queen Elizabeth and Queen Victoria – while traveling around the world.

Cunard will continue many of its classic voyages, including its signature Transatlantic Crossing between New York and London, while adding new itineraries in Western Europe and Southeast Asia. Whether choosing a three-night short break or a 19-night Grand Voyage, Cunard guests will enjoy a blend of iconic, world-class cities and lesser-known, charming destinations.

In total, the Cunard fleet will travel over 169,000 nautical miles with calls at 110 destinations in 34 different countries, with eight maiden calls including Bornholm, Denmark; Nordfjordeid, Norway; Ringaskiddy, Ireland; Jakarta, Indonesia; as well as Kurhiro, Ishigaki and Tokyo, Japan. Cunard will also offer a selection of two-nightcalls in major cities including Barcelona, Hong Kong, and Québec and late evening departures which allow guests more time in port for deeper exploration in places such as Juneau, Alaska, Aomori, Japan , Malaga, Spain, and Tromsø, Norway.

“2020 represents the most extensive deployment of Cunard ships ever,” said Josh Leibowitz, SVP Cunard North America. “In addition to visiting incredible destinations such as Norway, Japan, and Asia, we are excited to offer guests longer time in port to enjoy these iconic destinations. Nearly 90% of all port calls on voyages in Summer 2020 are in port 10 hours or longer.”

Flagship ocean liner Queen Mary 2 will continue to be the only ship to offer regularly-scheduled service between New York and London, making 19 7- to 8-night Transatlantic Crossings from April through December in 2020. Voyage itineraries range from seven to 21 nights and include port calls in Canada, Iceland, Scotland and LeHavre, France, along with overnight calls in Québec and Reykjavik and evening departures in Boston and Halifax. Queen Mary 2 will also sail two Norwegian Fjords voyages ranging from seven to 25 nights and five Western European voyages for three to five nights.

Continuing with the exciting new voyage types first introduced in 2019, Queen Elizabeth, will continue to roam among far-flung and beloved destinations to bring our guests a taste of the exotic in Fall 2020. Starting in September, Queen Elizabeth will embark on three roundtrip voyages from Tokyo as well as Grand Voyages that cover the North Pacific, East Asia and Australia. These can be taken as shorter individual voyages from two to 18-nights, or grouped together into longer combinations of up to 40 nights, to satisfy any discerning guest’s need for exploration.

Cunard’s Queen Victoria will return to Southampton in early spring after embarking on a circumnavigation of South America. She will continue to sail Northern Europe itineraries in addition to seven shorter Western Europe voyages ranging from two to seven nights. She will make seven maiden calls with overnight stays in the major cities of Amsterdam, Barcelona, Reykjavik and St. Petersburg, and evening departures in Bodo, Narvik andTromsø, Norway, Dublin, Ireland, Hamburg, Germany, Malaga, Spain, and Rotterdam, Netherlands.

Guests who book launch fares by November 30, 2018 will receive exclusive benefits including:

Detailed information about promo code ZED/ZEB and disclaimers about these benefits can be found here.

Cunard is delighted to bring back Value Fares for 2020 Summer Program Launch. The Value Fares will feature the following:

Fares are capacity controlled, subject to change, and may not be combinable with any other public, group or past guest discount.  Schedule of final payments and cancellation fees will follow the standard terms and conditions. Cabin assignment and dining options are not available for guests booking Value Fares. Guests will be booked on a Guarantee status.