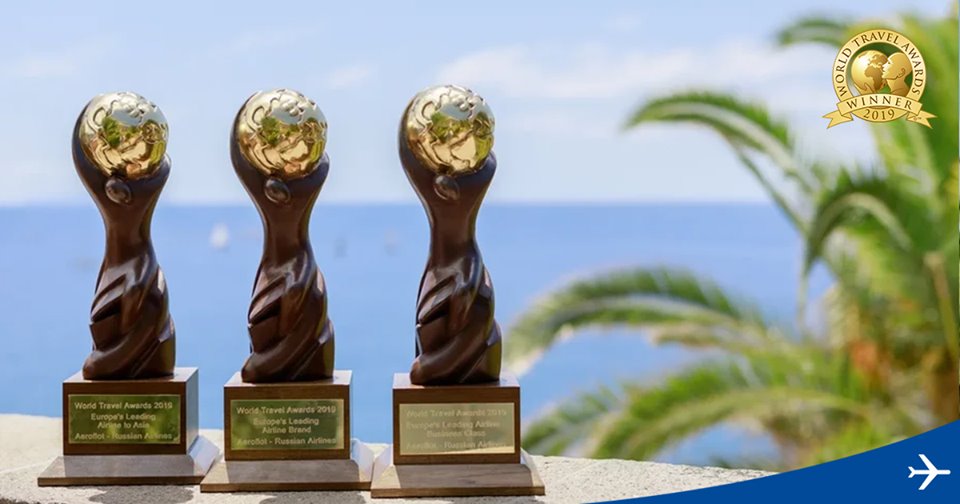 Known unofficially as the Oscars of the tourism industry, the World Travel Awards Europe Gala Ceremony took place on 8 June in Funchal, the capital of Portugal’s Madeira archipelago, known as the Pearl of the Atlantic.

Throughout the year, prizes are awarded on a regional, national and global level. Winners are determined via online voting, with hundreds of thousands of professionals and millions of travellers taking part. The main criteria for evaluation are product quality and level of service.

Recognition as Europe’s Leading Airline to Asia is confirmation of Aeroflot’s long-term leadership in the highly competitive Europe-Asia transit market.

Further development of services in this market is a key priority and one of the main growth drivers for Aeroflot, Russia’s leading airline.

Aeroflot’s leading positions in a number of the world’s regions are confirmed by various international accolades and ratings, including awards received this year. Aeroflot was named the world's strongest airline brand for the third year in a row by Brand Finance, the leading independent brand valuation consultancy.

In Asia, Aeroflot was named Best China-Europe Transit Airline at the Stars Awards held in Shanghai in January 2019. On top of that, this year Aeroflot was recognised as China’s Favourite International Airline for the third consecutive year.