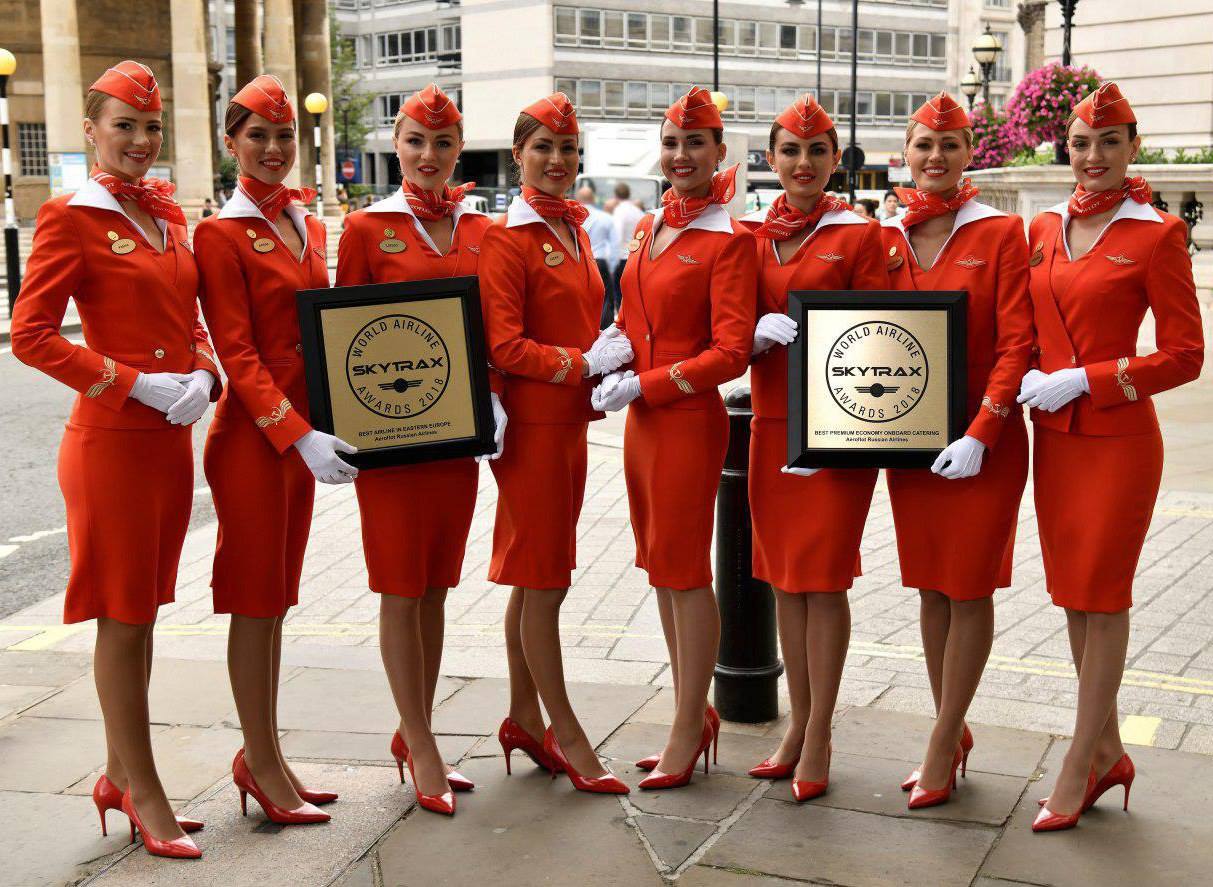 17 July 2018, Moscow. – Aeroflot has won two categories at the prestigious Skytrax World Airline Awards. In addition to being named Best Airline in Eastern Europe, Aeroflot took the award for Best Premium Economy Onboard Catering of any airline worldwide.

Aeroflot was named Best Airline in Eastern Europe for the sixth straight year and seventh time overall. The award for Best Premium Economy Onboard Catering represents a breakthrough for the Russian flag carrier. Previously the award had belonged to Singapore Airlines, recognized by many ratings as the finest in the world.

The World Airline Awards ceremony, which took place today in the Grand Ballroom of The Langham hotel in London, brought together senior executives of leading airlines from around the world.

“Aeroflot is continuing to steadily increase its collection of aviation Oscars,” Aeroflot CEO Vitaly Saveliev said. “The Skytrax World Airline Awards that we have collected today show that our airline consistently maintains a level of service that is at a high international level. Moreover, Aeroflot is able to compete on an even footing with the strongest global airlines in a key area, namely the quality and variety of our in-flight catering. To receive this award is an honour for any of the world’s airlines. For Aeroflot it also pushes us to become better and more popular, and to offer more convenience in everything we do for our passengers, whose safety and comfort is our highest priority.”

Known as the Oscars of the aviation industry, the World Airline Awards have been held every year since 1999 by Skytrax, the authority on service quality among airlines and airports. In 2018, 335 airlines competed for the awards.

The winners are determined based on the world’s largest passenger satisfaction survey, with travellers from more than 100 countries taking part in online voting between August 2017 and May 2018. Those invited to vote include passengers who took part in previous surveys, who number around 24.5 million. Voting forms are available in six languages: English, French, Spanish, Russian, Japanese and Chinese. The number of participants from China grew fastest this year, with 3.5 million additional reviews.

Aeroflot has held 4-Star Airline status from Skytrax since 2016, placing it firmly among the ranks of Europe’s top carriers.