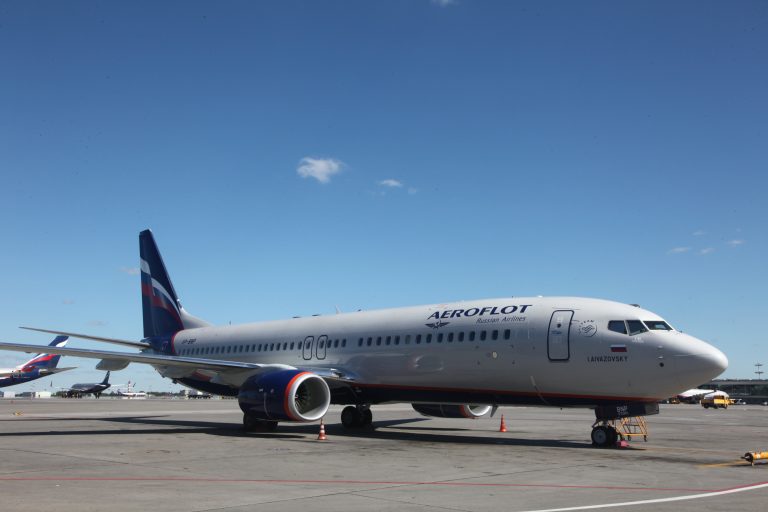 Moscow, 22 February 2018 – Aeroflot has received a prestigious prize at the Cellars in the Sky Awards that recognise the best business and first class wines served by airlines worldwide. Russia’s flag carrier shared the bronze medal in the category “Best Business Class Fortified/Dessert Wine”.

The expert jury awarded Aeroflot’s exquisite offering of Graham’s Ten Year Old Tawny Port, which has become a calling card for Portugal. Aeroflot shared the bronze medal with Singapore Airlines, a Skytrax 5-star airline that received the most prizes at this year’s Cellars in the Sky Awards.

The Cellars in the Sky Awards were established more than 30 years ago by well-known British travel magazine Business Traveller. The awards were presented this week at Trinity House near Tower Hill, London.

As the organisers of the awards note, approximately half of business class passengers take food and beverage options into consideration when choosing an airline, with wines an important component of catering options.

Aeroflot is a leader in the global airline industry for service quality and product offering, and is prioritising continually improvement in this area. Aeroflot has been recognised on many occasions for the quality of its wines, and in 2017 it continued to improve and expand its food and beverage offerings on board and in the Terminal D business lounges at Sheremetyevo airport.

Aeroflot is Russia’s flagship carrier and a proud member of the SkyTeam global airline alliance. Aeroflot and its partners serve 1,074 destinations in 177 countries worldwide. In 2017, Aeroflot carried 32.8 million passengers (50.1 million passengers as Aeroflot Group including subsidiaries).

Aeroflot became the first Russian airline to be awarded Four Star Airline status by Skytrax in recognition of the high-quality of its customer service. In 2017, Aeroflot was named Best Airline in Eastern Europe for the sixth time at the Skytrax World Airline Awards.

In 2017, Aeroflot was named the most powerful brand in Russia and the world’s strongest airline brand by leading valuation and strategy consultancy Brand Finance. Aeroflot was also named Best Major Airline in Europe by TripAdvisor travellers and recognised as the Favourite International Airline in China at the Flyer Award Ceremony 2017.

Aeroflot operates one of the youngest fleets in the world with 228 aircraft. Aeroflot is based in Moscow, at Sheremetyevo International Airport.

Aeroflot is among the global leaders in aviation safety, with a European Community Safety Assessment of Foreign Aircraft (SAFA) Index, the main globally recognized safety parameter, comparable to global peers.

The first Russian carrier to enter the IATA Operational Safety Audit (IOSA) register, renewing its registration for the seventh time in 2017, Aeroflot has successfully passed the IATA Safety Audit for Ground Operations (ISAGO) and is fully ISO 9001:2015, ISO 14001:2004 compliant.